President-elect Donald Trump has been repeatedly mocked for his claim that, “If not for illegal alien voting, I would have won the popular vote as well as the Electoral College vote.”

Trump’s Tweet, “In addition to winning the Electoral College in a landslide, I won the popular vote if you deduct the millions of people who voted illegally,” is certainly better than his opponent’s claim that Russian hackers altered votes.

In terms of numbers, Trump claims the discrepency is around a million votes or more.

With loose voting restrictions altering each election, from motor voter laws, to same-day registrations, to aliens receiving driver’s licenses, it’s possible that there are several ways to cast illegal votes. Including the option of purging dead voters.

Evidence in Maryland of Voter Fraud

In 2014, Investors Business Daily said, “The fact that many people will do anything to get out of jury duty has exposed massive fraudulent voting in Frederick County, Maryland, that may have been going on for years.”

In Maryland County, the Virginia Voters Alliance (VVA) cross-checked jury duty forms to concur that hundreds of voters in Maryland were actually non-citizens. Approximately “one in seven Maryland residents are non-citizens, so extrapolating the number of possible illegal votes cast in recent elections over the entire state, hints at possible election-changing fraud.”

Since Maryland is one of the many states that has actually made voting much easier, the ability to commit fraud has improved. “Maryland both issues driver’s licenses to illegal aliens and has a Motor Voter law that allows that license to be used to register and vote,” which is equally troubling.

Currently, there isn’t any evidence that requiring Voter ID subdues voter turnout within minority groups, but it has been used by feds in battleground states like North Carolina to heighten voter integrity.

The IBD has also claimed that, “People move from state to state and voters die, but voting records are not often updated in a timely fashion to reflect those facts, leaving an abundance of seemingly valid voter registrations that can be used to skew the results of close elections. Only recently, has cross-checking between states been done.”

Fox News had reported similar claims. In North Carolina, of 6.5 million voters examined, approximately “35,570 voters’ first names, last names, and dates of birth matched those of voters who voted in other states.”

As Clinton supporters continue to check the 2016 votes, it’s important to remember the previous (and current) Democratic efforts to undermine the Electoral College and general electoral process. While we’re protecting our borders, we should also work on protecting our polls.

Can the other party use illegal votes to eliminate your voice by encouraging voter fraud among those wishing to work the system?

What does this mean for Donald Trump in 2020? 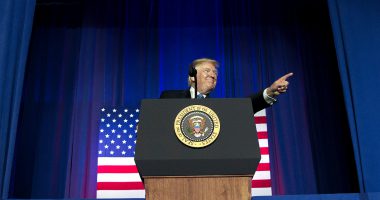 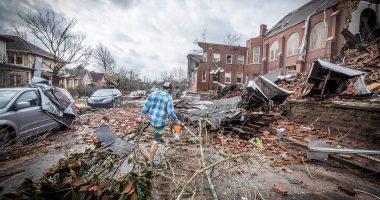