The right to disrespect our country, its values, liberty, may seem like our God-given right as American citizens. The fact is that it’s not. Colin Kaerpernick has sparked a media frenzy around his unwillingness to stand for the American anthem, in a show of defiance against wrongs he believes have been committed against his community, or so he states.

When does this kind of unappreciative behavior tow-the-line of being downright disrespectful? It comes as no surprise that racial tensions and issues have been reaching fever pitch these past few years. As Obama sits high on top his throne in Washington, the divide between Americans has been growing rapidly; and with recent riots in various cities across the country, this is an issue that has been a bone of contention for both presidential candidates.

While Trump addressed real issues, Hillary Clinton fans the flame of division by supporting the Black Lives Matter movement and their rioting. Perhaps equally as disrespectful, if only in a more passive way, is Kaepernick’s recent stunt. Civil disobedience and peaceful protest may seem like Kaepernick’s right, but must we remind him who gave him that right in the first place? He’s not your average rioter. His continued actions and blatant disrespect has influenced millions of young athletes who look up to him as a role model and athlete.  But is this really someone you want your children looking up to?

Kaepernick is quoted as saying , “I am not going to stand up to show pride in a flag for a country that oppresses black people and people of color,” Kaepernick told NFL.com. “To me, this is bigger than football and it would be selfish on my part to look the other way. There are bodies in the street and people getting paid leave and getting away with murder.”

While Kaepernick stated his actions were ‘bigger than football,” the fact remains that he is still a football player. While staging a protest is legal, it is not illegal to fire someone for not following procedure. That is to say, the NFL is not a public organization. Technically, it is a trade association that sets its own bylaws, governing rules and is actually, private. You try staging a protest during your company office party and see how the boss reacts. Unless you work for the US government.

He wasn’t kicked out or penalized not because of his legal ‘right’ to disrespect the flag. The chairman of the 49ers agreed it was fine for him to do so. Let’s also not forget that Kaepernick plays for San Francisco, an ultra-left leaning football team. Essentially, Jed York (owner of the San Francisco 49ers) believed it was fine for him to disrespect the anthem, the team, and the flag. Had he worked for the Dallas Cowboys or the New Orleans Saints, his so called ‘protest’ may have resulted in a different headline. The quarterback may be looking for a new home. The media would have you believe that this was his right as an American. A private organization can set its own rules and be free to conduct their own business. And that is everyone’s right as Americans. To conduct their own businesses and affairs in the pursuit of happiness.

The Kaepernick movement sparked many athletes on the national stage to uniformally disrespect the United States anthem. It is not just professional athletes now. It’s high school kids playing for their local football team to just about every sport you can think of. It’s important to remember that the very right being exercised here is not the freedom of speech. It is the very inalienable right that every American is afforded to them that comes at a cost. It’s more than a well-played and ill-informed individual staging a hissy-fit of a protest.

Trump is just in expressing these thoughts. His thoughts were echoed by millions of patriotic Americans. He went on to tell a reporter, “You know, you are talking about a major sport, maybe the major sport, and when you see that and it leads to a lot of other things. I think it’s a great lack of respect for our country and I really said they should try another country, see if they like it better. See how well they’ll be doing. See if they are going to be making $20 million being a second-string quarterback.”

The unpatriotic act has gained momentum 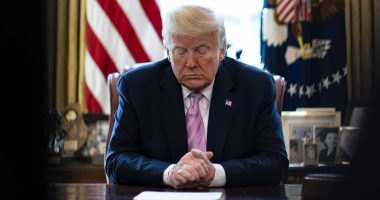 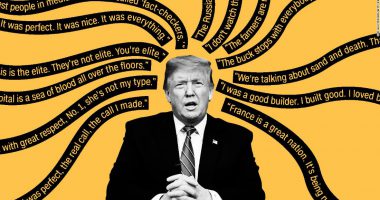