What’s Next for The Walking Dead’s Steven Yeun and Michael Cudlitz?

With Sunday’s Season 7 premiere of The Walking Dead, the cat was officially out of the bag. Both Glenn and Abraham are dead. Negan took them both out with a brutal assault from his baseball bat, Lucille. Actors aren’t known to sit still for long, though. So what projects do Steven Yeun and Michael Cudlitz have in the works now?

Even though his death was only revealed this week, Steven Yeun has been very busy. Since filming his death scene on The Walking Dead, the talented young actor has lined up a number of new projects.

Okja is an upcoming South Korean-American co-production. It’s the newest film from director Bong Joon-ho. In 2006, Joon-ho exploded onto the scene with The Host. But it was his 2013 English-language film, Snowpiercer, that really brought him to the world’s attention. (I highly recommend checking it out if you haven’t already.) Okja will reunite Joon-ho with his Snowpiercer star, Tilda Swinton. Other actors include Jake Gyllenhaal, Paul Dano, Lily Collins, and of course, Steven Yeun. The story is about a young girl who falls in love with her pet pig — that is, a giant, genetically modified pig. When the corporation that created him takes him back, she sets out on a quest to find him.

Acclaimed filmmaker Guillermo del Toro (Pan’s Labyrinth, Crimson Peak) is behind this new animated Netflix series. It’s the story of a 15-year-old boy who finds a magical amulet, giving him the title of Trollhunter. He becomes the champion and defender of the underground troll kingdom. Anton Yelchin, Kelsey Grammar, Ron Perlman, and Steven Yeun provide voices. Trollhunters will premiere on Netflix on December 23, 2016. You can check out the trailer below:

Steven Yeun has the starring role in this new horror film. Director Joe Lynch (Knights of Badassdom, Everly) directed the film from producer McG. Yeun plays a lawyer who is fired after being framed by a co-worker. A virus breaks out that causes people to act on their most violent impulses. Trapped inside his office building, Yeun’s character has to defend himself from the outbreak.

Based on another comic book from Image Comics, Chew is an upcoming animated film. Steven Yeun stars as Detective Tony Chu, a “cibopath” who receives psychic visions from whatever he eats. Felicity Day and Doctor Who star David Tennant are co-starring.

Admittedly, Abraham actor Michael Cudlitz doesn’t have quite as much lined up as Steven Yeun. He’s a talented, charismatic actor, though, so I’m sure he won’t sit idle for long.

Dwayne “The Rock” Johnson stars in this HBO series about a retired NFL football player named Spencer Strasmore. Comedian Rob Corddry co-stars as one of the financial advisors at Strasmore’s new job. The Walking Dead’s Michael Cudlitz has a recurring role as Dan Balsamo, a former running back whose career was ended by a hard hit from Strasmore. 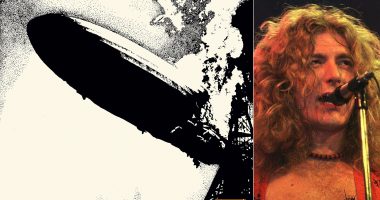 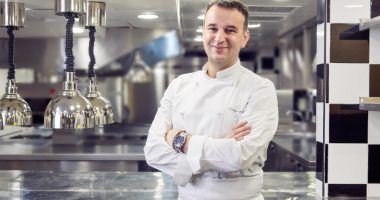