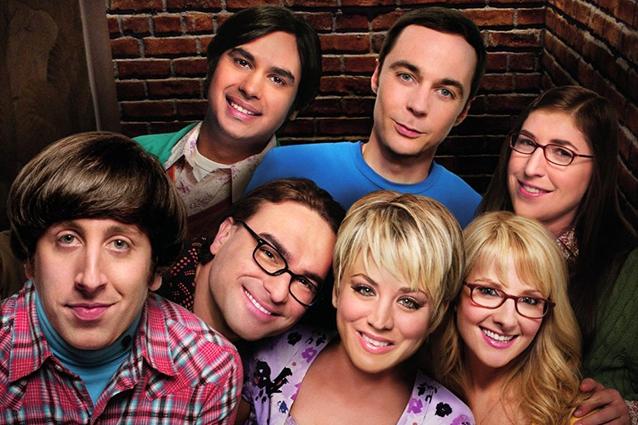 When it comes to pop culture, those in fandoms want to know all about their favorite actresses and actors. Whether they may be from films or TV shows, the fans need to know! Have you ever wondered what Jim Parsons did before his breakthrough role as Sheldon Cooper? What films has Johnny Galecki been in? Here is some scoop on the men of the Big Bang Theory.

Jim Parsons was born on March 24, 1973 in Houston, Texas and as of 2016 he is currently 43 years old. Much like his TV persona, Parsons did go college and received his Master’s Degree within the Old Globe Theatre in 2001. You may have noticed Parsons in small roles on popular shows such as Judging Amy (1999-2005) and he even snagged a small role in Zach Braff’s popular 2004 film Garden State as Tim.

Of course, Parsons small role days are probably over with. Since the airing of its pilot, the Big Bang Theory has become one of the most popular sitcoms of the times and Parsons does a more than wonderful job at playing such a difficult character. Sheldon Cooper is, after all, a genius and was a child prodigy. He uses a lot of technical and scientific language that would be difficult for a lot of actors to pull off. Parsons pulls off Sheldon so well that many fans have asked him if he is just as smart as his TV counterpart. His answer is “Sadly, no.”

In 2010, Parsons won his first Emmy Award, beating out actors/actresses from popular shows such as The Office and 30 Rock. Fortunate smiled on him with the years to come as he won three more Emmys for “Outstanding Lead Actor in Comedy” in 2011, 2013, and 2014.

Johnny Mark Galecki was actually born in Belgium and moved to Illinois when he was 3. Galecki knew that he wanted to be an actor at a very young age and by the time he was 7 he was appearing in productions at Chicago’s Goodman Theater. Johnny got a boost to his career when he played Chevy Chase’s son, Rusty Griswold, in National Lampoon’s Christmas Vacation. Unfortunately, Galecki lost his father at the young age of 16.

Johnny soon became a popular stable on the iconic 90s sitcom, Roseanne. He played Rosanne’s daughter, Darlene’s, boyfriend, David Healy. His awkward, yet lovable demeanor captured young hearts everywhere (including mine). After Roseanne ended in 1997, Galecki continued to land minor acting gigs, including parts in the films I Know What You Did Last Summer, Suicide Kings, and Vanilla Sky.

After two decades on TV, Galecki finally received his first Emmy Award nomination, as well as a Golden Globe nod, for his role as Leonard on the Big Bang Theory.

Simon Helberg plays the perverted and dorky Howard Wolowitz on the show. Helberg is hilarious in his role and it is no wonder with his comedic acting experience. He has appeared in MADtv, Old School, Mama’s Boy, and Walk Hard: The Dewey Cox Story.

Helberg was born on December 9, 1980 in Los Angeles, California. He pretty much grew up in the entertainment industry as his father is an actor and his mother is a casting director. One very interesting thing about Simon Helberg is by the age of 10 he earned a black belt. The actor attended Tisch School of the Arts at New York University. By the time he graduated in 2002, he had already landed a few bit parts. His role as Howard was his breakout role.

Helberg has been married to Jocelyn Towne since 2007. The couple have two children, daughter Adeline and son Wilder.

Kunal Nayyar was born in London on April 30, 1981. He was raised in India and moved to Oregon to study at the University of Portland in 1999. Nayyar went on to earn a Master’s Degree in Drama from Temple University years later. Nayyar was actually studying business in school, but his drama classes made him realize that he loved acting.

Nayyar has another popular sitcom on the air right now that he is a part of. Kunal Nayyar is the voice of Vijay on Sanjay and Craig. He is married to Neha Kapur, a former Miss India. The couple were married on December 2011 in New Delhi, India.