Considered By Many The Best Striker Who Ever Played The Game, Was Once A Barcelona Player

Cristiano Ronaldo is no doubt a legend in the football world. He made his mark with all of his titles, goals scored, golden balls and now the Euro 2016 trophy as well.

CR7 is a globally recognized brand, and he is the only player that comes close to comparing with Messi. But there is one little sad fact, in all of his glory and success.

When you mention Ronaldo, people always think of CR7, and the El Fenomeno lives in his shadow. The young generation will always overtake the old because that is how the world works.

This is especially true for this specific case, because CR7 has 3 golden ball awards and many other trophies in his cabinet.

The new generation has never watched El Fenomeno and his real talent in action. There’s a reason why he hailed as the best striker who ever played the game:

Not even one player comes close to his abilities as a striker. We don’t count Messi, because his natural position is a false 9 or a winger.

Suarez, Lewandowski and even C. Ronaldo are not even close to what the real Ronaldo was capable of. He was pure talent.

He had an eye for goals, and incredible dribbling skills. His injury and passion for partying limited his career. He had potential to play at top levels for at least 3-4 more years.

But things didn’t go as planned, and he wasn’t the same player after his injury.

However, Barcelona was lucky enough to count the El Fenomeno as one of their legends. He was in his prime while playing for Barcelona.

In dedication to the real Ronaldo and his time spent at Barcelona, we present you a collection of players who truly admire his rare talent.

“I put up photos of Ronaldo in my room. Ronaldo was the man. Not only because of his step-overs and goals in the World Cup. Ronaldo was brilliant on every level. He was what I wanted to be, a guy who made a difference. [ . . . ] Ronaldo was my hero and I studied him online and tried to take in his movements, and I thought I was getting to be an awesome player. I danced down the pitch with the ball.” — Zlatan Ibrahimovic

“I didn’t need any time to gel when playing alongside Ronaldo. He knew how I played and I knew where he liked to receive the ball. It was very easy to play with him because he was great at finding the right positions both inside and outside the box. As soon as I picked up the ball, he already knew what I was going to do with it.” — Rivaldo

“When I was younger, the way the Brazilian Ronaldo played had an influence on me. For me he’s the best striker and the best player of all-time. I watch videos of him, and try to do what he does, but it’s not easy. It’s impossible to pull off the same moves as he did.” — Karim Benzema

“Ronaldo was my hero. He was the best striker I’ve ever seen. He was so fast he could score from nothing, and could shoot the ball better than anyone.” — Lionel Messi

“The best I have ever played against. If it wasn’t for injury I think he would be talked about on the same level as Pele and Diego Maradona.” — Gianluigi Buffon

Lionel Messi is one of the biggest football stars in the world,… 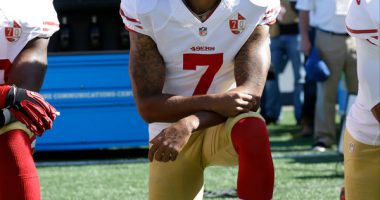 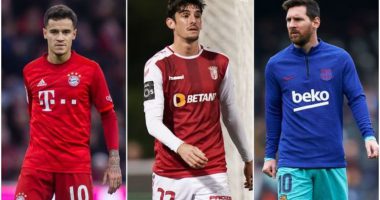