Dierks Bentley performs at ACM Presents an All-Star Salute to the Troops on Monday, April 7, 2014, in Las Vegas. (Photo by Chris Pizzello/Invision/AP)

Dierks Bentley got his start in the same place another big band did.

He and Phish share the same stomping grounds — University of Vermont. Although Bentley wasn’t the biggest Phish fan.

“I tried to listen to Phish, but I never really could get into it,” he told AL.com.

“They were big, man,” he continued. “And don’t get me wrong, it’s great music. It’s awesome. I was just so militant about country music.”

He talked about the local country bar at UVM, J.T.’s, as well as an Irish pub called the Blarney Stone.

“All of my friends would be trying to pick up girls at the Blarney Stone, and I’d be there hanging with the locals over at J.T.’s playing Johnny Cash and Waylon on the jukebox and grab a guitar and sing some songs there,” he said.

It sounds like Bentley’s Phish apathy had more to do with his love of country.

“People love that band, and I get it,” he said. “For me, it just wasn’t my thing. In my 30s, I became more open to music other than country or bluegrass. For many years, once I knew what I wanted to do at 17-years-old, for about a good 15 years if not more, (country) was all I listened to, militantly. I got rid of all of my other CDs. If you got in my truck, you were listening to country music, and that’s the way it was for a long time.

“I’m a little more open to other sources of music now, a lot more. But for the formative years, I was just very into country.”

After about a year at UVM, Bentley transferred to Vanderbilt University in Nashville. There, he learned more about this genre he loved.

“I listened to country music growing up in Arizona with my dad,” he said. “I figured out West, I thought that’s where the center of country music was. We were in the West. We had two big radio stations and a lot of people [were] wearing cowboy hats and riding horses. I moved to Nashville and realized people didn’t think Arizona was the country music world. It was more of a southern thing.”

“The school was a really just way to buy some time,” he said. “And figure out how this town works and try to attack it from all sides.”

Lastly, he found, country music is truly a southern thing.

“The South is the source,” he said. “It’s going back to where it all comes from. When you play the South, you can’t really bulls— anybody. Lastly, everyone knows this music inside and out. Everyone knows somebody that plays country music. You’ve got to bring a little extra when you come down there.” 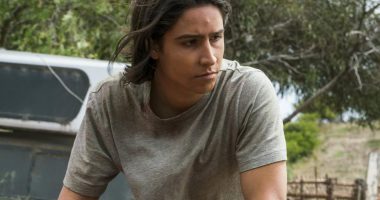 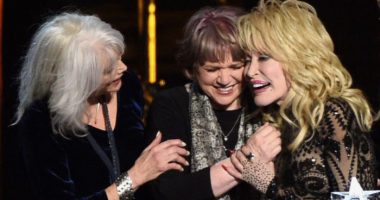