What Kind Of Mother Will Bernadette Be?

Bernadette and Howard getting married by youtube.com

Pretty soon Bernadette and Howard are going to have their life changed forever. A baby affects not just the parents but an entire family. Bernadette’s family is one subject that we do not know as much about as others. However, we do get to meet her mother and father on occasions. Being that Bernadette is about to expand her family, it is only quaint that we revisit what we know about where she grew up.

Mike Rostenkowski and Howard by bigbangtheory.wikia.com

Her father is a retired police officer who comes off as a bit of a red-neck. Bernadette warns Howard to avoid certain topics that imply he is right-wing in politics. On one occasion he mentions he likes drinking beer, hunting, and fishing. Her father appeared to have the most influence on Bernadette. Mike’s personality is one where he does not take anything from anyone and even is a bully. These traits come out sometimes in his tiny daughter.

We know that Bernadette’s family is Catholic and of Polish descent. Her mother ran a daycare program in the basement of the house. It was not strictly legal. This left Bernadette to raise her 5 siblings.

The relationship between Bernadette and her mother comes off as somewhat strained. It’s noted on several occasions that her mother is over-protective and annoys her. On meeting Howard, Bernadette reveals her mother still picked out her clothes for her every day. Every day at lunch Bernie gets a call from her mom to see if she ate a healthy lunch. But we’re sure that Mrs. Rostenkowski has the best interests of her family at heart!

Bernadette’s baby bump shows as she talks to Hubby Howard by glamour.com

We know almost nothing about Bernadette’s own siblings. There were five of them, both boys and girls. Bernadette was responsible for raising them as she grew up. Her dislike of children and reluctance to have kids may be a result of this experience. The only one of her siblings that were ever named was Joey, who liked to spit in mouths.

We know that Bernadette was reluctant to become a mother.  Do you believe that her having her own children will encourage her to warm up to children? 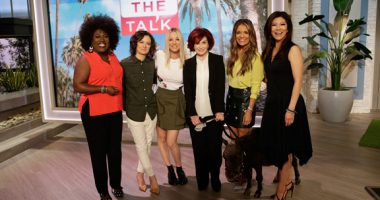 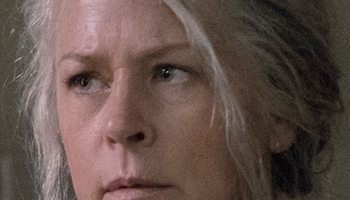 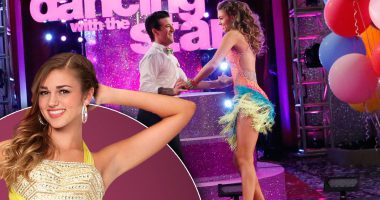 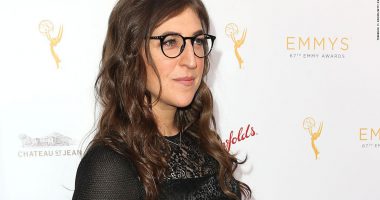