2Apparently, someone stuck a knife in a duck’s head, and the duck is walking around like that. And it’s not a hoax. 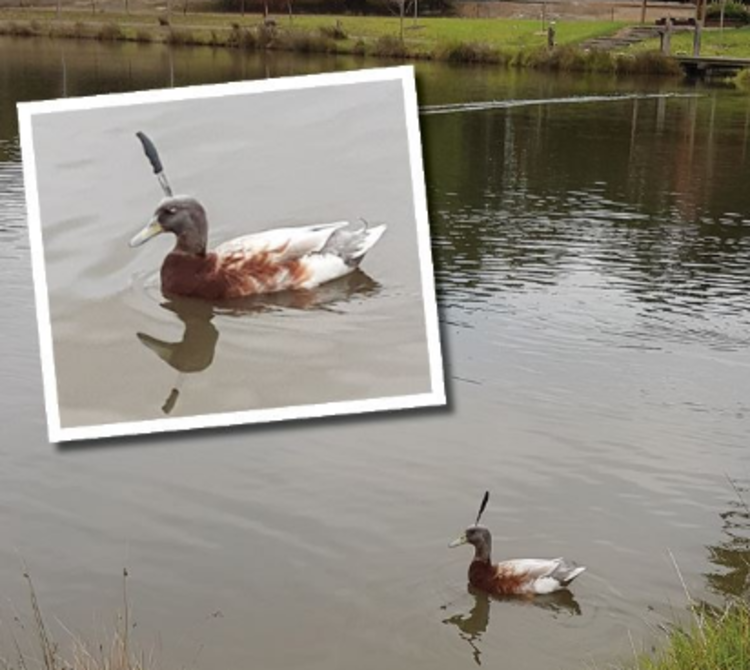 The RSPCA South Australia posted on Facebook asking people to keep an eye out for a duck seen walking around with a knife in its head somewhere in Australia. They’re asking urgently for any info regarding the duck or the knife.

We know it wasn’t one of the Robertsons — they’re all still in Louisiana.

The RSPCA said this is an “appalling, deliberate act of cruelty” and the person should be apprehended. They have not yet found the person responsible or the duck.

“A rescue officer attended on Saturday morning and searched but did not find a duck with a knife in its head,” the organization said in a statement. “The knife may have become dislodged between the time of the photos being taken and the Rescue Officer’s attendance, or the duck may no longer be in the park — we’re continuing to monitor sightings of the duck with the assistance of locals who are familiar with the waterbird life in the area.”

But then what they said made this case even stranger. 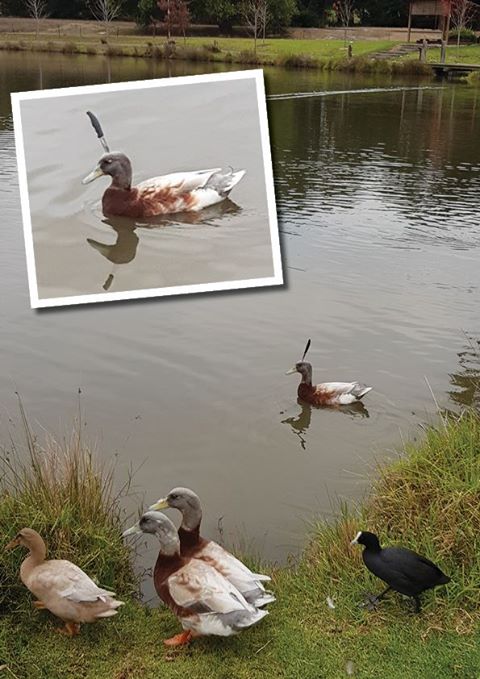 Apparently, this isn’t the first time they’ve seen something like this.

“It is not unusual for us to find animals still alive with foreign objects in their bodies,” they said. “Sadly just last year we also had a report of a duck in the Northern suburbs still swimming around with a rusty nail used as a projectile protruding from its neck.”

A lot of people on Facebook questioned the validity of the photo, saying it was photoshopped. They address those remarks with a Facebook comment, saying the “zoomed in image of the duck is a different photo, and the image has been flipped.” 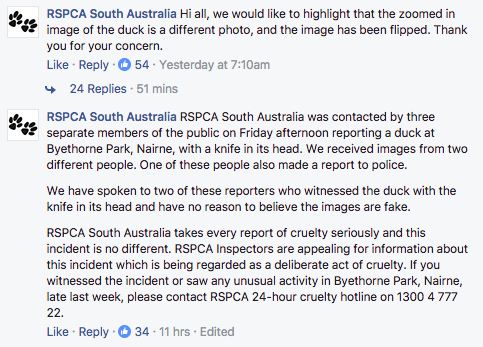 “We have spoken to two of these reporters who witnessed the duck with the knife in its head and have no reason to believe the images are fake,” they said on Facebook.

So, duck hunters in Australia, keep an eye out for this duck with a knife in its head.

BackNext
We use cookies to ensure that we give you the best experience on our website. If you continue to use this site we will assume that you are happy with it.Ok