Pence’s tone and powerful delivery of facts while facing the issues straight on, was a marked difference from Tim Kaine’s softball pitches. Kaine’s soft jabs to deliver one-liners from old soundbites made by Trump, fell flat to most audiences.

The Democratic vice-presidential nominee had a much weaker mastery of policy, with a limited grasp on broader ideas, plays and moves that affect larger issues in regards to the nation’s politics and foreign policy. Pence faced the issues head on, marking a confident tone and performance that set him apart from his counterpart. When challenged about Hillary’s Clinton failure in regards to foreign policy, Kaine could only state that Hillary Clinton’s mission had been a success.

Pence gave clear evidence that her work as Secretary of State has only put America at greater danger from larger enemies. Kaine was adamant when expressing the fact that under Obama and Hillary Clinton, Bin Laden was defeated; but failed to address the vacuum of power left in its place by a lack of leadership which allowed ISIS to be “conjured up out of desert.” -Pence

Kaine also tried to suggest that Hillary Clinton’s foreign policy led Iran to seize its nuclear program. But by 150 billion dollars payed to the Ayatollah of Iran and lifting sanctions, with “no limitation on Iran once the time of treaty came off,” the success of that diplomatic campaign was put into question.

Pence fired back by stating that this thus did not permanently stop Iran’s nuclear ambitions but only postponed them; then continued by stating that in the Senate, members from both parties agreed that the only way to stop Iran was by demanding them to renounce their ambitions completely. Everyone knows that this meant securing a deal just for the time being, or until Obama was out of office and Hillary could secure her position in the White House. Sure Clinton feels like she won the deal with Iran, because in her eyes she could smooth out a path to the White House; but while these sort of tactical maneuvers to gain more power fooled Kaine, Pence was not fooled, and neither were the American people

I think most Americans would agree that handing 150 billion USD to your enemy, and then asking you to trust them, is not the best idea in regards to foreign policy. Kaine demonstrated the same sort of political weakness that Hillary Clinton displayed as a diplomat during her tenure as Secretary of State; her weak stance on Iran and nuclear weapons and Uranium deals with private Russian companies.

The obvious counter measure here is Trump and his running mate, Mike Pence. The Republican Vice-Presidential candidate is a competent, strong leader that could step up at a moment’s notice and have the decisive will to lead the country, Tim Kaine on the other hand, seemed like Hillary’s barking lapdog. 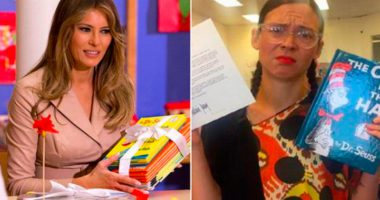 First Lady Melania Trump is sending Dr. Seuss books to schoolchildren encouraging them to read. But a Cambridge, MA librarian is turning them down.
Everything Clinton had to say about her duties as Secretary of State, even the most minuet detail is a prize for our enemies. 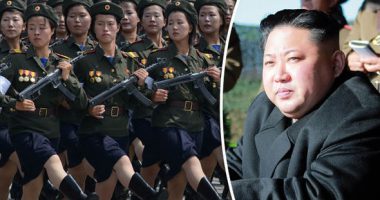