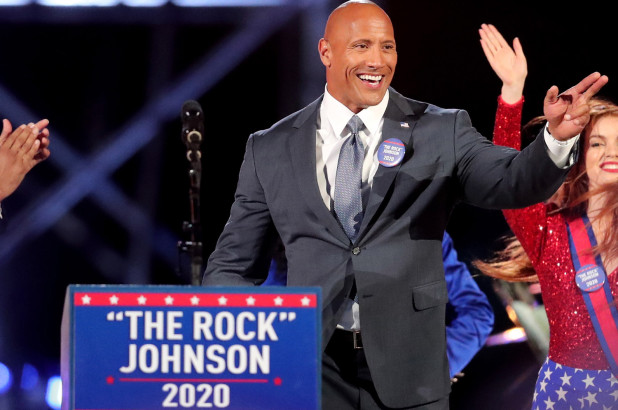 Okay, this is really happening…

In a recent interview, The Rock said it was possible that he would run for president seeing as he had so much support from his 80 million followers on Instagram, plus being the highest paid actor in Hollywood and People’s Sexiest Man.

Now, activist and director Michael Moore has jumped on the bandwagon to support The Rock for a possible 2020 election. Moore has tried to convince Democrats to run a celebrity for years ever since it worked out for Reagan and Schwarzeneggar.

Currently, however, The Rock is a registered Republican.