Kathy Griffin Can’t Get A Show In The United States, So She’s Doing This Now… 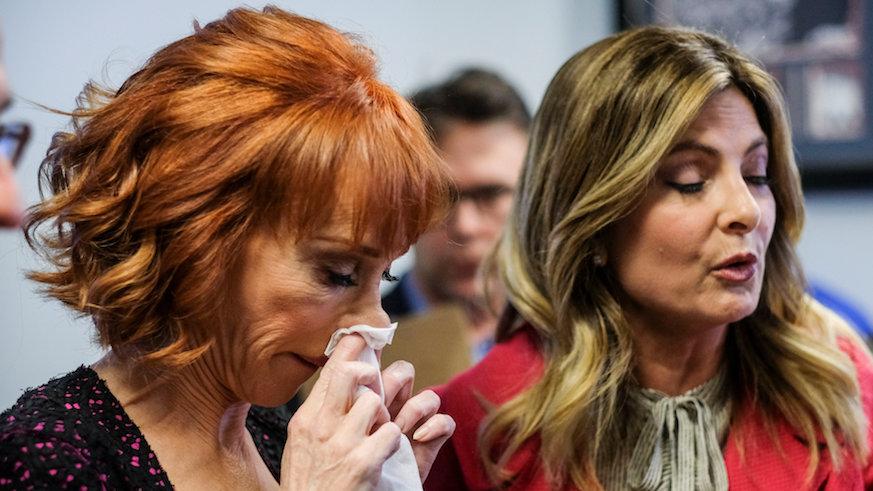 Finding that she is unwelcome in the United States, comedienne Kathy Griffin is making the rounds on Austrailian television. This time around, Griffin has some choice words about President Trump and his supporters.

Apparently, playing a victim is the only role currently available to Griffin, and she performed it well on the Australian talk show, The Project. In an interview last week, she disparages President Trump calling him a “Nazi.” “I’ve actually known this fool. I am going to call him a moron and a Nazi,” she says. “There’s a Nazi in the Oval Office, so heads up.”

But, she didn’t stop at attacking President Trump. Rather, Griffin also took aim at the people who voted for him. “These Trump folks self-identify as deplorable, like as if that is a good thing,” Griffin tells the hosts. “They are psychos. They’re nuts.”

Apparently, she blames her problems on Trump supporters.

She claims she is persona non-grata in the U.S. over her Trump joke. “I was under a two-month federal investigation for taking a picture of a mask, Griffin says. “Yes, I’m excommunicated from my own country, so I’m here doing a world tour.” 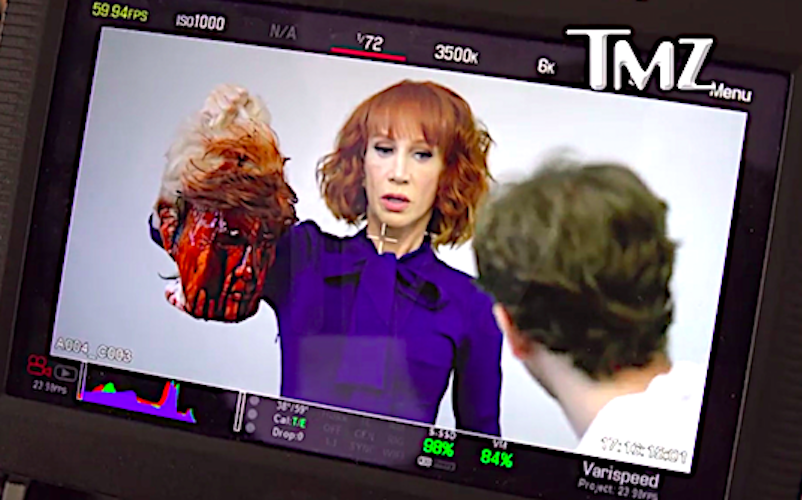 But, as we’re sure you recall, she didn’t just “take a picture” of a mask. She did a full photo shoot holding the bloody, severed head of President Trump. A stunt which ultimately cost Griffin what little career she had left. CNN terminated her contract as co-host of their New Year’s Eve show, and multiple venues canceled her comedy tour appearances.

After the harsh backlash, Griffin threatened to sue the Trump family for harassment. On the talk show, she alleges that she, her mother, and her sister who recently died from cancer, received death threats over the photo. A photo, by the way, she recently admitted she was not sorry for creating.

Nevertheless, Griffin posits that President Trump is a horrible person and people should “get rid of him.” “He’s a big liar, and he is awful, and everybody should get rid of him soon. I don’t mean violently,” she claims. “What I mean is vote him out. I’m sorry we have put this guy on everybody else’s lap. I don’t know what’s happening in my own country.” 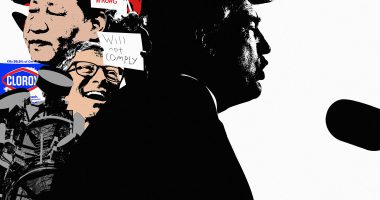 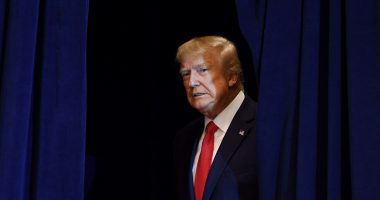 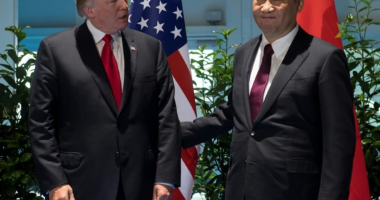 Much like Hillary Clinton, I would love to see open borders. In…