Here’s The Truth Behind Trump And His ‘Russian Comrades’

On Wednesday, while speaking to reporters at his golf club outside of Miami, Donald Trump reacted to the possible involvement of Russia into the WikiLeaks release of hacked files from the DNC.

In these comments, the Republican presidential nominee called upon Russia to storm the international cyber seas in the hopes of recovering the elusive emails from the server of former Secretary of State Hillary Clinton.

“Russia, if you’re listening, I hope you’re able to find the 30,000 emails that are missing,” Mr. Trump said during a news conference here in an apparent reference to Mrs. Clinton’s deleted emails. “I think you will probably be rewarded mightily by our press.”-NY TIMES

The WikiLeaks release of Democratic National Committee emails publicized damming evidence of deplorable misconduct in the tight race between Sanders and Clinton for the Democratic nomination.  Apparent support in favor of Clinton, lofted by the committee shows disgraceful behavior on behalf of the DNC, leading to the termination of Debbie Schultz chairman.

Trump using Russia in the tone in which he did, which was meant purely sarcastically, gave the “fair and unbiased” media all the information they needed show Trump has a favorable relationship with the former Soviet Union.

The headlines that followed would have us to believe that Trump is trading secrets with Russian President Putin and that the Republican nominee should be treated like a Russian spy who should be hanged for treason.

Trump has never said the he is ‘besties’ with Putin, ironically his words about the Russian leader have been taken out of context as well.  Trump simply believes that Putin is a better leader than Obama because “Obama is not a leader at all.”

What Trump said about Russia did not equate to an open invitation for cyber espionage, it was merely a political jab into the ribs of the opponent running against him for President of the United States.

The reality here is that the Democrats had a major scandal on their hands with the WikiLeaks release of hacked emails and the heat of the spotlight was about to get very hot.

The media and the Democrats gladly pounced upon the comments made by Republican Presidential nominee Donald Trump about Russia as an opportunity that was mutually beneficial for them both.

The media had great headlines and could continue to smear Trump’s name; the democrats could use it as a distraction and a life preserver to save themselves from the tsunami of negative attention heading in their direction.

Trump believes that Russia, like the rest of the world, has lost all respect for the United States of America because nobody thinks we are the big kids on the playground anymore.

Trump is ready to start taking some of that respect back and that means showing the rest of the world that we are just as unintimidated as we have always been.  The United States and President Donald Trump are taking over the playground once again. 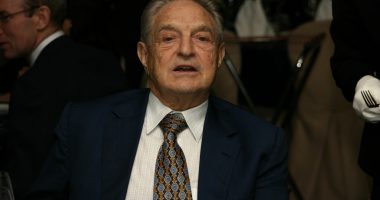 Four More ISIS Leaders Killed By Drones ISIS Drones | Photo Credit…
Oh, Jeff Sessions. Some of us were so happy to have a…