Nigel Farage, the controversial, yet triumphant leader of the Brexit movement has declared Donald Trump as “Ronald Reagan Mark 2” if he wins the presidency.

In an op-ed Farage wrote for the Daily Mail over the weekend, the leader admits, “Donald Trump has made blunders and can sound too aggressive – but he is no ‘monster’

Farage also took a swing back at Hillary Clinton. Clinton had stated in the heat of the Brexit battle that Farage had “stoked anti-immigration sentiment’ in the EU. He exposed her as using just another tactic to demonize him.

In the op-ed the Brexit leader reiterates what he said from the stage in Jackson, Mississippi last week, proclaiming that Trump will be the new Ronald Reagan. Farage drove home the comparisons between the populist brand of politics made the people of Britain rise up as force its leaders to leave the EU, is the very same sentiments fueling Donald Trump’s shooting star rise to the presidency.

It’s interesting to note that Farage was in Jackson at the Governor’s request. He explains that he was told after he arrived, that the following evening there would be a Trump rally where they were expecting upwards of 15,000 people. That’s when Governor Bryant asked him to speak.

This, he knew was a first. No Republican election rally ever hosted a UK politician. But then, Donald Trump is no run-of-the-mill Republican, is he?

Farage was at first, both taken aback, and slightly concerned he wrote.

“The Trump campaign has been highly controversial. Some of his comments have not looked good and left him open to accusations of extremism.

“At times he has appeared quite aggressive on the platform. I was curious: what would the man be like in person?

“We met at a private gathering of major Mississippi donors to his campaign. I was surprised, even slightly overwhelmed, by the warmth of his welcome and his huge support for Brexit…So what now do I think of Trump and his campaign? Often business people don’t make good politicians.

“They are used to having their own way and fire off lots of ideas, many of which are completely forgotten by the following morning.

“But in politics if you think out loud and throw ideas into the mix they simply can’t be thrown in the waste bin as they get analysed and often ridiculed by the media pack.

“Trump is very new to politics and has made a lot of mistakes.”

The next Ronald Reagan? The current president actually compared himself to Reagan in the early days of his presidency. That’s a title many would like to claim. Time will tell. But so far, Donald Trump has the best shot at the title–that’s clear from as far away as Britain.

America’s Gender Identity? Without a doubt, one of the most controversial and…
This is why the choice in this election is so important. The United States has reached a critical phase now that Obama has spent the country into a debt. 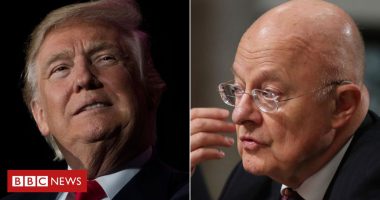