The C in Confidential and the Other C (Clinton) Who Forgot What it Meant: Congress Issues Subpoena to FBI in Bid to Release All Information

The Clinton scandal that has landed the Democratic candidate in hot water has been bubbling to the surface for months. For Clinton, the email scandal that simply won’t go away may be the final nail in the coffin of her presidential bid. The approach of pleading blatant ignorance is just simply something that won’t fly anymore. The emails she willfully erased were not marked at all, the democratic candidate claims. While in other interviews, she tries to spin the story. She believed the C was to categorize the emails by alphabetical order. One thing is clear to Congress: Hillary Clinton is a liar.

Clinton has had some shady dealings in the past as Secretary of State, as well as First Lady. She was cozying up to and buying influence while her husband was still in office. Influence from propagators of a liberal agenda have landed the Democratic hopeful the power she has coveted (power which made voters uncomfortable while Mr. Clinton was in office). In the end, the blatant arrogance and disregard for the law that she displays is even greater than her ability to cover her tracks.

It’s one thing to jeopardize secrets — covert information vital to the safety and security of a sovereign nation. But to expend American lives due to a lack of leadership as Secretary of State is absolutely unconscionable. Just recently, a video has emerged where Congressman Jason Chaffetz interrogates James Comey, Director of the FBI. He blatantly covers up for the Democratic candidate. By issuing a formal subpoena for the release of all information pertaining to Hillary’s covert emails, the legal process could begin in the direction of an indictment. The final report on the email scandal was issued on a Friday before a national holiday (Labour Day). By the FBI, nonetheless. Conflict of interest much?

The servers themselves, and not the content of the emails, is just as suspect as Hillary’s Benghazi hearing revealed that they were created as a rogue email system designed to protect her; one which she set up before she even took office.

“When asked what the parenthetical ‘C’ meant before a paragraph within the captioned email, [Clinton] stated she did not know and could only speculate it was referencing paragraphs marked in alphabetical order,” read the FBI’s notes from an interview.

If this were the case, then her lack of common sense and general unawareness would prove concerning for a presidential hopeful. For Clinton, the best case scenario is that she is simply a bad liar. Furthermore, Congress and the American people will not forget the fact that Hillary and her team used a software called BleachBit. This software scrambles all information that could be recovered by FBI investigators. What exactly is she hiding? Their bid for the presidency would be over if it were any other Republican (or even another Democratic candidate). At this point in Clinton’s contention for the presidency, all she’s got are her liberal decrepit New York backers.

Even WikiLeaks leader Julian Assange called Crooked Clinton out. He produced irrefutable proof that indeed Hillary received thousands of emails which bore the capital C. A letter that could come to haunt the candidate and potentially snuff out her White House flame. One thing can be absolutely certain; an indictment is surely looming somewhere in the background for this infamous liar (if true justice is actually served).

Donald trump boldly exclaimed: “When the Secretary of State illegally stores her emails on a private server, deletes 33,000 of them, so the authorities can’t see her crime, puts our country at risk, lies about it in every different form, and faces no consequence – I know that corruption has reached a level like never before.”

To assume that the general public at large will believe any of her recent nonsense is simply not going to happen. We will pull out he roots of corrupt politicians. And we will start with Crooked Hillary. 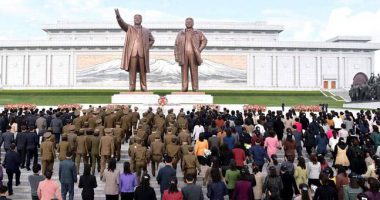 North Korea’s Most Recent Threat Photo Credit: sputnik.com On Thursday, North Korea…
Donald Trump is use to a different TV ad strategy. He doesn’t do TV advertising. He’s more old-fashioned and saves every dollar he can. He sticks with the rallies and the free media coverage. 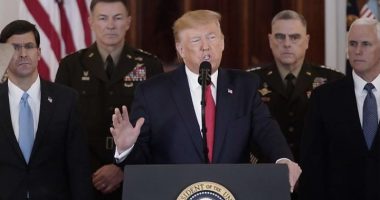 James Comey Photo credit: ABC Looks like justice has finally been served–…
George Will said, “the best thing that could happen to the Republican party is a landslide for Hillary Clinton” which, in his lofty opinion.