This Woman Just Had the Best Birthday Ever, Thanks to the Puppy She Rescued

How about a new iPhone for your birthday? Or maybe those super expensive Nike sneakers that you always talk about? But what’s that gonna do for you? Just a few days of satisfaction, and that’s it.

Sneakers and iPhones are produced every year, and the only way to keep up is to spend more money on things that don’t really matter that much.

Well, how about a puppy? They don’t require updates, and they don’t bring satisfaction. But they bring happiness and joy to your life.

Imgur user Kaffekalle works as a vet tech, and she was blessed with a puppy on her 30th birthday. She was surprised, because she wasn’t really expecting a puppy for her birthday.

Unfortunately, the puppy had a severe cleft palate.

“I took him on knowing that he might not live,” she wrote.

The pup was given two weeks to live, but faith was on his site.

“On my 30th birthday, a chocolate lab had a c-section at my veterinary clinic and had 9 puppies. One of those puppies had a cleft palate, and the owners opted to euthanize the puppy. Knowing the sucker I was, another vet tech got the family to sign the puppy over and got me to foster the puppy. Here is my chocolate shake and chocolate lab puppy.” – Source.

He was a survivor

The puppy’s future looked grim from the beginning, but he wasn’t planning to give up.

“Depending on the severity of the cleft, and if it affects the hard or soft palate, puppies usually do not thrive. The space in the roof of their mouth does not allow them to suckle properly, and they eventually die of starvation. This little chocolate bean had no idea he had some bad genetics and latched quickly to his binky.” – Source.

She was determined to save her birthday present, and the pup turned out to be a survivor!

“At this point, I have been up every 1-2 hours religiously tube-feeding this little boy with a red rubber tube and syringing Esbilac (puppy milk replacer). I am exhausted, but realizing my little ‘science experiment’ might actually survive.” – Source.

“At this point, I’ve decided that this little boy was a fighter. He was starting to scream for his feedings and would come barreling out of his kennel with his little legs. I named him after one of my most favorite roles Tom Hardy played…Bronson.”

And after 7 weeks later, the adorable birthday present survived.

“[He] is starting to get into [stuff] and running around the house like a madman. I get him this superman t-shirt to watch him fly. He’s absolutely naughty and I love it.”

However, his cleft palate was still a problem. The final solution was a surgery, but the pup wasn’t ready yet.

“Bronson’s cleft palate was a particularly bad one – it extended from his hard all the way to his soft palate. The surgeon I worked with was a little skeptical about my taking this type of genetic defect on, but was also wanting to see how he would do. He would continue to monitor Bronson’s defect so we could decide a day for surgery.”

Feeding Bronson was a huge challenge.

“As he grew, it became a trial and error session of coming up with the perfect concoction of canned food that would go through the red tube easily.”

But nothing stopped the puppy from enjoying his life. Just like a typical Lab, Branson would put everything in his mouth. Branson’s story had positive effect on his rescuer as well.

“The more and more I grew attached to this little [guy], the more I realized he turned into my therapy puppy. He made each day better.”

“Here he is today with Layla, his 12 year old pit X sister, and Harley, his 10 year old border collie brother. The tissue is almost completely healed, he is able to play with toys, chew on raw hides, swim in lakes, go on walks, bring me sticks…basically live the rest of his life as a perfectly normal lab… I love my dogs.”

From two weeks to live, to a full grown happy Labrador. Branson’s story is truly amazing. The lesson we learned today is that giving up is not an option! 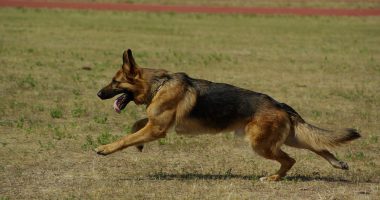 The amount of Exercise Dogs Should Get…is there a limit? You can’t… 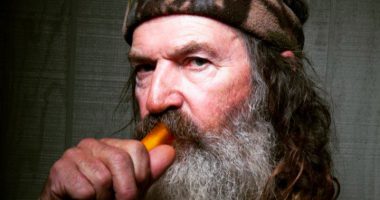 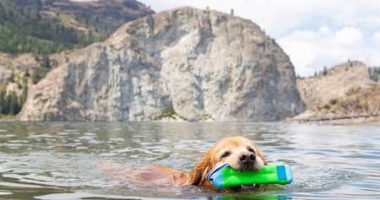 BEST PLACES FOR YOUR DOG TO SWIM The summer is almost over,… 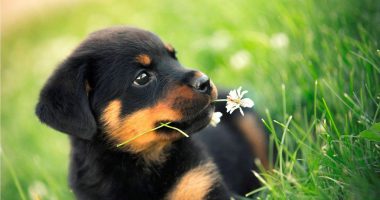 Rottweiler lovers know that a Rottie is unlike any other breed. First…