Why Do Dogs Yawn?

Have you ever caught your German Shepherd yawning and thought “That’s a bit odd…”? This question has its own place up there with the rest of mind-boggling problems we don’t have the answers to.  What happened to Amelia Earhart? Is Elvis still alive? What on Earth is happening in the Bermuda Triangle? And, obviously, the ultimate unanswered question – why dogs yawn? Just as humans – dogs use various ways of communication.

They can gesture, vocalize, use their face and body to transmit a message. It might be hard to pick up these tiny little signals at first, but after you’ve been with your dog for a while – this will become almost as easy as talking to them.

As scientists say, yawning is nothing but another way of a dog telling you something. Obviously, if you’re telling your dog how your cousin spent their summer holidays, your dog’s yawning is a pretty tell-tale sign and doesn’t require much detective skills to understand. But is there a deeper meaning to this action?

When people yawn we’re quick to conclude that they are either tired or bored.

Maybe both at the same time, if you’re cousin story goes on for an hour. Some of the latest researches claim that a dog’s yawn is actually an appeasement gesture. This explains when dogs would yawn when hanging around kids, other pets or other dogs they’re not threatened by. They simply want to say that they are not going to act aggressively either. So, if a dog looks you straight in your eyes and yawns – the dog isn’t telling you how boring you are! It just wants to tell you that there will be no conflict between you guys.

Not all yawns are non-threatening and simply adorable.

Especially with the case of rescued dogs – this might be a sign of stress. A study conducted in 2014 in Animal Cognition highlights the fact that shelter dogs might have something called ‘stress yawns’, which are closely related to a high salivary cortisol levels. Many dog experts agree that yawns can be a clear indicator of stress, something that will occur when the dog feels threatened or is stressed by a presence of a bigger dog.

No one can follow the manual and tell for sure what’s the reason behind a dog’s yawn. It can be completely innocuous, or even a sign of friendship and bond. And it can be a signal that the dog feels discomfort, stress and threatened. Try to pick up these small signals from your dog and attribute them to a given situation. This way it will be much easier for you to know how your beloved pet feels. As we all know – communication is one of the main pillars of a successful relationship!

A funny thing is that, in humans, yawns are contagious (when you see someone yawning you immediately yawn yourself). This same phenomena occurs between dogs and people! We laugh instinctively when we hear laughter and we almost feel physical pain when we see someone in pain or distressed. This is what our capacity for empathy looks like. It is incredible to know that dogs can showcase similar emotional bond with fellow creatures. 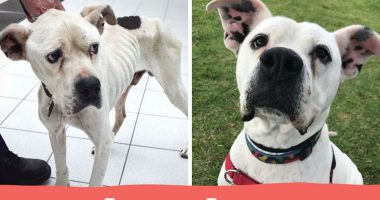 A rescue dog can bring a ton of joy into your life…
Despite the countless stories about happy, loving pit bulls, there’s still a… 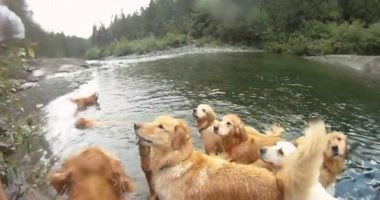 If only every day could be filled with so much magic. One… 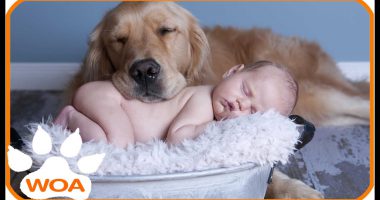 As mentioned many times in previous articles, golden retrievers have the reputation…