If You Think Pit Bulls Are Dangerous, You Have to See This Touching Story

If you think pit bulls are vicious and dangerous dogs, you’re wrong. You should never judge a book by its cover, especially when it comes to pit bulls.

People are the only reason why these dogs are considered as a dangerous for society in some states. Because of their temperament, these dogs should be socialized and trained from a young age.

However, the sad truth is that some people train them for dog fights. If you raise a pit bull with love and dedication, they can turn into the best dog you’ve ever owned!

Gypsy the pit bull has an inspiring story to share. When Gypsy arrived at her new home, her new family knew she was special.

Everyone in the family was shocked when Gypsy adopted a three-week-old kitten that was close to death.

The little kitten was in bad condition, and the family had to bottle-fed the poor little thing. Even though dogs can become jealous of other animals in the home, Gypsy was treating the kitten like her own.

“I was not nervous at all about introducing Gypsy and the kitten. Gypsy had already been great with other animals, even the baby chickens on my mom’s farm,” their owner Cheri Desmarais told LittleThings. “We were all touched as well when the adoption took place.”

After Barnabas the kitten recovered, the duo became inseparable.

And yet, some people still believe pit bulls are threat to society. Well, we have a story to prove otherwise.

Barnabas is no longer a little kitten, Gypsy became her extremely tolerant best friend. We all know that playtime can turn into a fight between dogs and cats, but this is something different.

They both share the same past, and the only thing they care about is enjoying their life. Barnabas occasionally grabs Gypsy by the ear, but the pit bull knows that’s a part of having fun.

Gypsy is one of the most patient pit bulls we’ve ever seen. They even like to cuddle on the couch, especially during lazy Sundays.

It seems like pit bulls are one of the most misunderstood dogs in the world. The mean reputation is just a result of people being mean to dogs.

It’s not their fault they’re loyal and super strong. What they have in their heart is what actually matters, and Gypsy is the perfect example of how a loving pit bull acts around people and other animals. 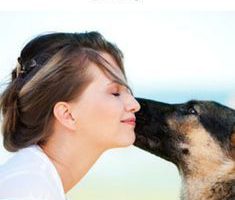 In today’s world, it is amazing to have loving dogs by our side. Finding dogs that are good and protective with our children is a bonus. Check this out
The German Shepherd breed makes an excellent pet for children. Here are…
Being alone in life is a scary thought, isn’t it? You’re alone… 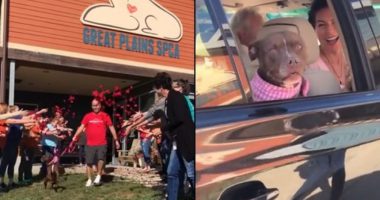 The story you’re about to read is heartbreaking. This poor dog was…