Is the Poor Reputation of the Pit Bull Justified?

Many believe the pit bull’s bad reputation is well earned. The attitude is based upon research which indicates the breed is responsible for 82% of 2015 US mauling deaths. Interestingly, the breed makes up only 6.6% of the population. The study indicates, between 2005 and 2015, one person was mauled to death by a pit bull in the US every 17 days.

What exactly is a pit bull?

One of the major questions is what exactly is a pit bull? With as many as 30 individual breeds considered as such, confusion is rampant. The inability to properly identify the breed lead many to claim the number of bites is grossly over reported. Many believe the term “pit bull”  describes any “bully breed.”

Many say the high mauling figures are inaccurate. The argument is the numbers are often generated through media reports which routinely misidentify the breed. Dogbite.org estimates mauling deaths due to pit bulls between 1998 and 2018 will total 338.

Is it the owner or is the breed?

Many breed defenders state it’s not the dog.  It’s the owner. Detractors claim supporters fail to take into account the genetic makeup. While it is true, their jaws do not lock as one myth states,  the breed typically refuses to release. As a result, the “hold and shake” bite style is extremely dangerous. This is not the case when compared with other breeds.

The American Pit bull Foundation, an obvious supporter of the breed, firmly believes the environment  creates the behavior. “Getting a dog is not like purchasing a piece of furniture … it is bringing a new member in to your family and requires daily commitment for a successful relationship.” This is true for any pet selected.

The breed performs well on the American Temperament Test

The numbers show the breed performs well on the AKC temperament test. However, the question is what exactly measured? Simply stated, the test is a 12 minute walk, of which detractors say there are two issues. First of all, the owner is constantly present. Second of all, the AKC test does not involve interaction with passing dogs. Regardless, supporters of the breed proudly note the high pit bull passing rating which at 86.4%, is higher than a Golden Retriever.

Many local governments create laws against the breed due to the poor reputation. As a result, in California ,  a number of counties and cities have created legislation restricting pit bulls. The law in a majority of the areas requires sterilization.

Selecting a dog of any breed is a commitment. This is especially true when it concerns a pit bull. Relevant considerations increase when selecting a pit bull. It is important that you:

In conclusion,the purchase or adoption of a pit bull is a commitment to the entire family. You know the breed has many challenges to overcome including the aggressive perception. When you are willing to accept the challenge, many believe the pit bull is the most loving, committed family member.

Now, we will pick up where we left off in the first… 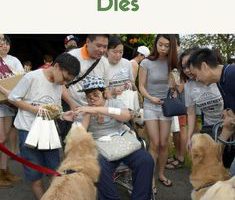 A teenager with brain cancer who loved golden retrievers died on Sunday.…
In an ongoing video series, dog-loving website  has given a very special…
This dog was living in a trash pile. Miley had been abandoned…