Canada is importing pit bulls by the score from the U.S., worrying dog advocates 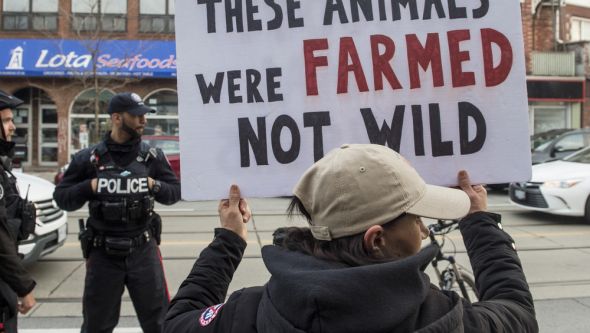 Every few months at the Alberta-Montana border or Calgary airport, international teams of animal-welfare volunteers meet for the hand-over of an unusual cargo.

The shipments from California include as many as 30 pit bulls — dogs banned in one province, facing similar censure in Montreal and blamed by some researchers for a lopsided number of maulings and killings.

The transfers are among an estimated “hundreds” of pit bulls and pit mixes imported annually into Canada from the United States in recent years, a trend that has even some animal-rescue groups dismayed — and comes as reports of disfiguring attacks by the breed seem to be on the rise here.

And it may not be just any pit bulls who become refugees in this country.

Many arrive from shelters in southern California where dogs with known behavioural problems cannot be adopted out directly but must be handed over to rescue groups on request if they would otherwise be put down.

Advocates of a crackdown on the breed argue Canada is freely admitting potentially vicious dogs; rescue organizations say we already have a surplus of native-born pit bulls needing homes, their lot made only more desperate by importing more.

“These dogs are from L.A. and they’re brought over unassessed, they’re put into families that don’t know what they’re getting themselves into, and they’re not provided with any support,” said Kathy Powelson of the Paws for Hope Animal Foundation. “It certainly is a problem that is manifesting in many different ways.”

Rescue groups behind the unusual import, on the other hand, say Canada is providing a home to dogs that are unfairly maligned, not innately dangerous and would otherwise be killed in the U.S.

You save a dog from the U.S., and kill a dog in Canada.

“It’s life and death for them,” says Cindy Smith of the group Wings of Rescue, based in Woodland Hills, Calif.

Smith says her organization flies a load of about 40 dogs from shelters in the Los Angeles area to Canada every 90 days or so, 75% of them pit bulls. The plane either lands in Calgary directly or in Montana, where a crew from Wings’ Alberta partner, BARC’s Rescue, picks them up and takes them across the border, she said.

So long as the paperwork is done, showing the dogs have received the appropriate vaccinations and been checked for heart worm, there’s never a problem clearing Customs, said Smith.

BARC’s and another Alberta rescue society taking pit bulls from the States could not be reached for comment.

Other groups are bringing pit bulls — “pitties” to fans — from California into British Columbia, and from the northern states into New Brunswick and Nova Scotia, their Facebook pages indicate.

“I see pits deemed aggressive in the shelters being taken out by rescuers and transported to Canada and other places,” says Pat Dunaway, a dog-rescue veteran who is following the phenomenon from his home in Rialto, Calif. “It is disturbing.”

At the same time, justifiably or not, the breed is drawing a new spate of bad P.R.

A 55-year-old Montreal woman was killed last month when a neighbour’s pit bull attacked her, prompting the city to propose a ban on the dogs.

In Kamloops, B.C., a 78-year-old woman died at the hands of her grandson’s pit bull in January.

Dog attacks are also difficult to track empirically by breed, leaving media reports the main, less-than-perfect source. Merritt Clifton of the Animals-24/7 website says his analysis of reports in Canada and the U.S. suggests the numbers have been rising steadily in recent years continent-wide — with pit bulls the biggest-single culprit.

In Canada specifically, he has recorded a sharp jump in the number of media-covered pit-bull attacks just in the past six months — 13 more Canadians suffering disfiguring injuries this year on top of 54 reported from 2004 to 2015.

Huskies and Husky mixes are the next most commonly blamed breed.

It’s difficult to tell how many — if any — of those might have involved imported pit bulls.

But last September, Don Brown, a animal-control officer with the capital region in Victoria, said the area had seen a spike in dog attacks, many of them involving animals rescued from California, and many pit bulls.

In a possible sign of the sensitivities around the issue, the region refused to make Brown available for an interview this week.

Still, the true nature of pit bulls is a subject of eternal debate.

Their defenders, including dog rescuers opposed to importing them, insist they are no more aggressive than any other dog, but often end up with incompetent or nefarious owners who bring out the worst.

Meanwhile, they are often blamed for attacks by similar-looking dogs, and are more likely to generate media coverage when they do lash out, supporters say.

“It’s unfortunate that they have that sort of stigma. I love pit bulls, I have a couple of them myself,” said Smith. “You’re more likely to get bitten by a Chihuahua than a pit bull.”

Proponents also point to statistics on dog bites; the number of bites in Ontario has actually climbed since it banned pit bulls in 2005.

But critics say the issue is not simple bites, it is sustained attacks that cause serious injury and even death. And the limited evidence from a handful of studies in peer-reviewed medical journals points to a disproportionate pit bull problem.

Studies published in the last seven years of dog bites serious enough to be treated at hospitals in Sacramento, Phoenix, Charleston, San Antonio and Philadelphia concluded pit bulls were at fault in 30% to 51% of cases; the Sacramento pit-bull patients five times as likely to need surgery.

“Dog bites from pit bull terriers … are more common, more severe and not related to the dog being provoked,” said the authors of the California paper.

Mia Johnson, a Vancouver woman who heads the group National Pit Bull Victim Awareness, does not need to be convinced of those findings. As well as the media reports of attacks the group documents, she said she gets many unsolicited letters and emails from victims whose tales have never been publicized.

“Every, freaking day there’s another story: ‘My child’s leg was bitten off, it might have to be amputated,’ ‘My cat was pulled in half,’ ” she said. “These stories are so horrific and so soul-destroying.”

Her worry about the imports is that they’re coming to Canada from shelters, meaning by definition that someone abandoned them, perhaps because of behaviour trouble.

In fact, while California shelters cannot adopt out dogs with “observed behavioural problems,” state law says they must give them up to government-registered rescue groups if asked, said Brian Cronin, head of the San Bernardino County’s animal care department.

But Smith said BARC’s, for one, actually comes to the California shelters and carefully assesses dogs, welcoming only “stellar” specimens back to Alberta.

Regardless of whether those that reach Canada pose any danger, rescuers say their arrival and adoption here does have another worrying effect.

Canada is importing pit bulls by the hundreds from the U.S., worrying dog advocates 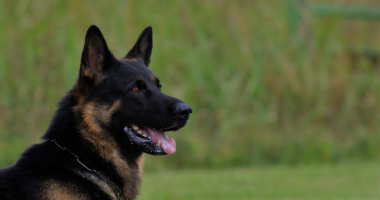 This little TICKLE MONSTER. source: Buzzfeed This flopsy-wopsy who just wants a… 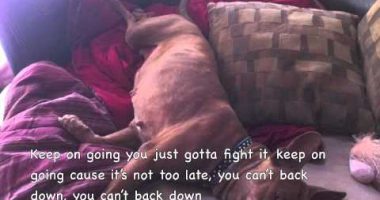 Fall In Love With Pit Bulls All Over Again.
A Bad Couple Months Maverick was living on the streets. Though homeless,… 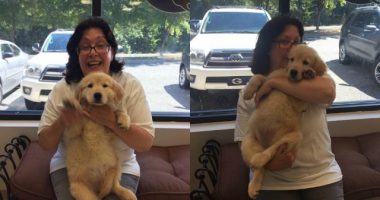 Not too long ago, I wrote an article about the stolen service…