The year is 1994. The singer is Eric Church. The song is Garth Brooks‘ “We Shall Be Free.” And the whole thing is everything.

It’s sometimes difficult to remember what stars were like before they were stars. It’s almost like trying to think about your parents before you existed. It’s just an abstract concept that you know is true, but you don’t really have any reference for. But in this case, we have the video proof.

In all honesty, we have no idea what Eric Church was auditioning for. Or even why he was performing this song. All we know is that he did. And there are just so many reasons we are glad he did.

For one, check out those clothes. That is textbook 1990s preppy. He has it all. The long-sleeved rugby-styled polo. And the oversized dad jeans–with the belt nonetheless. And the loafers. Oh, the loafers. Seriously, he’s a walking poster child of anti-grunge 90s. (For those of you who weren’t in high school in those years or don’t remember Seattle grunge, think flannel shirts, Doc Martens, and chokers–basically every girl you now see at a Beyonce concert.)

Secondly, what we really love is that he doesn’t have the words memorized. Like every good teenager, he is not prepared. He has a little cheat sheet in his hand that he occasionally glances to in order to find the lyrics. It is just so much awesomeness.

Of course, you have to give him credit. He actually does sound amazing. Despite the fact that he doesn’t know all the words, he stays on beat and on pitch. It isn’t difficult to see his music career ahead of him. 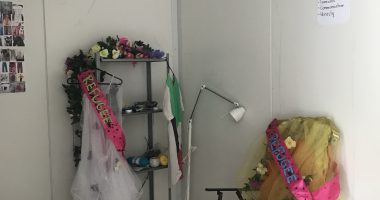 The 2017 CMT Artists of the Year took the stage to show support for all those affected by recent tragedies, as well as to pay homage to a fellow artist. 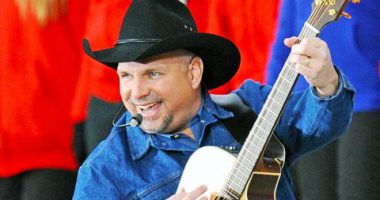