What Is Your Grandparenting Style?

Have you ever thought about your grandparenting style? Apparently, we all have our own style. Who knew?

In the twentieth century, a study showed that grandmothers fell into the surrogate parent category. They were very hands on with the actual care and upbringing of their grandchildren.

Maternal grandparents were more actively involved. You could say their style was Mama 2.0

Grandfathers, on the other hand, were considered the deep well of family wisdom. He held the authoritarian, patriarch role. He passed down his skill, wisdom and often times his trade.

In a 1985 study by Cherlin and Furstenberg was done that looked at around 500 grandparents. They looked at their grandparenting relationship.

Contrast that with the twenty-first century grandparents. Grandfathers are often partners with their wives in caring for grandchildren. Grandparents raising their grandchildren, either as a full time care giver, or just a Nanny Granny while parents work, is increasingly common.

“The method of analysis used by Cherlin and Furstenberg resulted in five grandparenting styles, which they labeled detached, passive, authoritative, supportive and influential.

The authoritative, supportive and influential types were grouped together as active grandparenting styles. The authoritative style rated high on parental influence but low on exchange of services. The supportive style rated low on parental influence but high on exchange of services. The third type, the influential type, rated high in both areas.

The detached and passive types rated low on both measures, with a difference. The detached style had minimum contact with grandchildren, whereas the passive style had more contact but still exerted minimal influence and provided little in the way of exchange of services.”

Are you the fun loving grandparent that whisk the grandchildren away from their parents for a couple of weeks to visit theme parks? Maybe you’re kind to always have something entertaining planned for a visit.

The one style this study didn’t include is the long-distance grandparent. Because of the highly mobile society we are, families are spread out. That why so many grandparents have a more hands off grandparenting style.

Therefore, parents are left to fend for themselves when it comes to raising a child. And, it would stand to reason, that more grandparents feel that their only role is that of a “fun” grandparent.

That’s why I’m not so sure. Also, we have to consider this is the century where grandparents are in high demand in raising their grandchildren.

When it comes to grandparenting styles, one has to take into consideration a plethora of circumstances. From personality types, to relationships with in-laws. Distance, and whether they are paternal or maternal grandparents also play large roles.

So where do you think you fall? No idea? Here’s a great place to start. About.com has a quiz for you to try. Check it out, and come back and strut your grandparenting style. 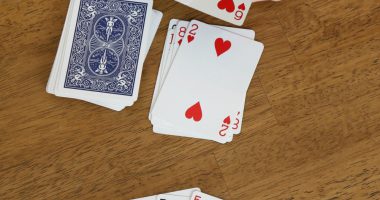 Card games are a great pastime for grandparents and children. If you…

Always remember that there’s a part of you, this inner self, and…

My children didn’t have grandparents nearby. In fact, they really didn’t…
Old furniture is the best medium to try your DIY painting skills.…