The Cognitive Benefits Of Babysitting Grandkids

As part of the Women’s Healthy Aging Project in Australia, postmenopausal women ages 57-68 were studied. 120 out of 198 were grandparents. One of the factors they looked at was how often there were babysitting grandkids. What they wanted to know, was how their babysitting affected their cognitive health.

The Results
“Researchers involved in this study found that there appeared to be a sweet spot for cognition in terms of how often grandparents babysat their grandchildren. Women who babysat their grandchildren one day a week demonstrated the highest cognitive scores out of all participants, including those who did not babysit at all. Specifically, results showed that working memory benefited from grandparenting.”

Other reaseach has also uncovered the benefits of babysitting grandkids. This study found that there was no real loss of the cognitive benifets for grandparents babysitting daily. This study involved 6,274 woman age 50-80. These were mothers of at least one child.

At first the researched concluded that the grandmother’s cognitive scores were lower for grandparents who babysat their grandkids daily. Then, when they took a closer look they realized that these were grandparents who were more likely to be on the older end of the spectrum. These care givers were retired, less involved in social activities–even had a lower education. These are in fact risk factors for cognitive decline, the report states.

Once this was understood, the researchers determined that the participants only declined in the ability to do simple math problems. Obviously a skill not used on a daily basis.

However, the study concluded that babysitting grandkids, on a daily basis, or just a couple times a week improved the grandparents cognitive ability.

What’s even more exciting is that they found that the grandparents that babysat their grandkids daily, scored higher on their verbal fluency. That is compared to those grandparents who only watched their grandchildren once a week.

Babysitting grandkids could be one of the healthiest exercises for your mind.

If there is a hidden fear most of us share, it is losing our cognitive ability. Who would have thought that babysitting grandkids is a way to stay mentally healthy?

I’m really not surprised. When our children were small, and learning to speak, we instinctively spoke just above their vocabulary. This is how we teach our babies to talk. As children grow, our brains shift to meet their needs.

It just seems like the natural circle of life that as we care for our grandchildren, they in turn, care for us. And they do it without realizing it.

So the next time one of your friends wants you to go shopping. But you have to decline because of your responsibilities with your grandchild–just remember, you can’t buy this kind of health. 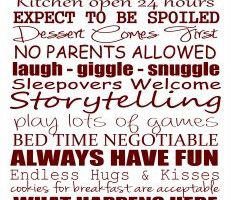 House rules are important. We have the same rules that were in… 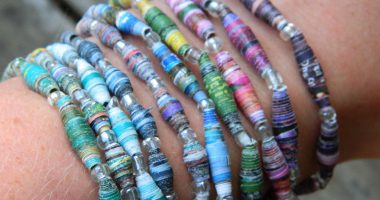 Now that you know how to make and glaze paper beads, it’s… 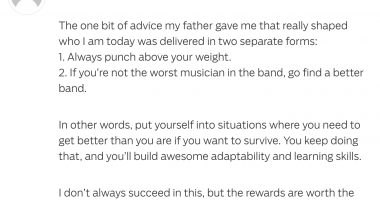 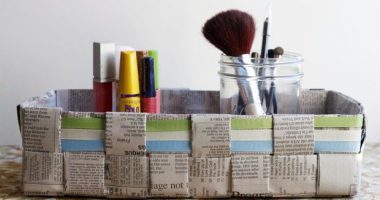