Writers of the Big Bang Theory: We Need a Blossom Dance

I will not lie to you, dear readers of mine. I have my own agenda with this article. I’m a fan of the Big Bang Theory. I really am. But all of my friends know that I grew up in the 90s and I am very attached to that decade. So you can imagine the level of excitement that rose within me when I first saw Mayim Bialik on the Big Bang Theory. Younger viewers of the show may not know why that is. However most older fans probably know about Mayim’s time as Blossom.

Blossom was a 90s situation comedy. The show’s main focus was the title character, Blossom (Bialik). At first, she was a young tween/teen that had her own vlogging show. Yes, vlogging was a thing back then, just not as mainstream. Video cameras were expensive back then. But, I believe this angle was dropped in later seasons.

Blossom was pretty much your typical 90s teen situation comedy. The show tackled heavy issues like drugs and sex, but while still being light-hearted. This show is also the origin of Joey Lawrence’s iconic line, “woah.” But what I want to see is Amy Farrah Fowler do a “Blossom Dance.”

What the Writer Says

In response to a fan question about whether or not we’d ever get to see Mayim Bialik perform the famous (to kids of the 1990s) dance that accompanied the opening theme song to Blossom, executive producer Steve Molaro told TV Line:

“I’m ashamed to say I’m not up on my Blossom enough to even know that there is a Blossom dance. But the next time I see Mayim, I’m going to personally ask to see it and then we’ll go from there.”

He’s never seen the show. I’m hurt by this. Here’s a link to the dance I’m talking about:

Isn’t that just the happiest thing you’ve ever seen? The 90s were the best! Look at that awesome fashion!

Anyway, I know it may be hard to picture Amy Farrah Fowler doing a dance like that. But, just think about this. Amy gets supper excited and happy whenever Sheldon makes a romantic gesture. That could certainly be a time when she could bust out the Blossom moves. I demand a Blossom dance on the Big Bang Theory! Or what if Mayim played both Amy and Blossom on an episode. Okay, my nostalgia is kicking in way too hard now.

Now that season ten has officially started, maybe we’ll see a Blossom dance. I’m sure Sheldon will do something that makes Amy happy. Maybe she should even dress in 90s retro clothes that would be a great gag!

But whether we get a dance or not, the Big Bang Theory is going strong. Fans are super hyped for the 10th season. With all of the hilarious guest stars and phenomenal stories, this season may be a huge achievement to the show. We’ll just have to watch and see. All we need now is for Raj to find love. 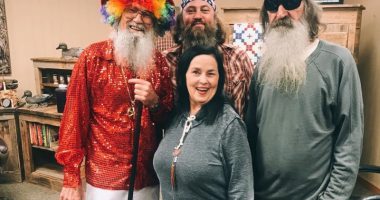 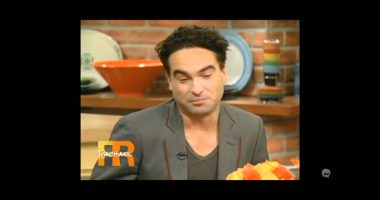