The new trailer for Season 8 of The Walking Dead (watch here) is a highlight reel of the longer trailer. The original trailer premiered at Comic-Con in San Diego, where fans first saw a glimpse into Rick Grimes All Out War.

Rick’s speech is a little longer in the newer version. Grimes reveals, “The world is ours by right. We’ve come together for it. All of us.” This shows he’s united the Kingdom, Alexandria, and the Hilltoppers.

Maggie adds, “We need to keep our faith in each other. If we can hold onto that with everything we have, the future is ours. The world is ours.” 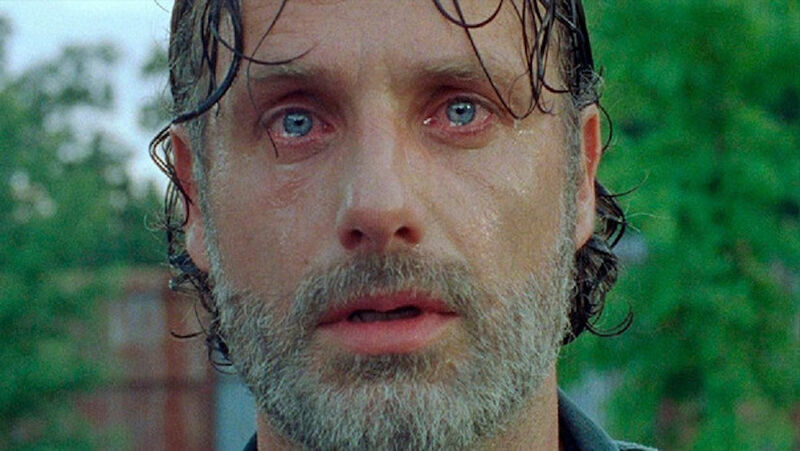 These highlights will likely come from the Season 8 premiere this October. Based on some comments from director Greg Nicotero, we’ll begin focused on Rick. Then, the war will unfold around him.

It’s unclear if we’ll first see Old Man Rick or the close-up shot of Rick Grimes in front of the sun. Rick’s hero demeanor would work either way. The point of showing Rick first is to showcase that Season 8 is Rick’s story, not Negan’s.

After Season 7, fans are glad to see more of Rick Grimes.

Rick Grimes All Out War Series 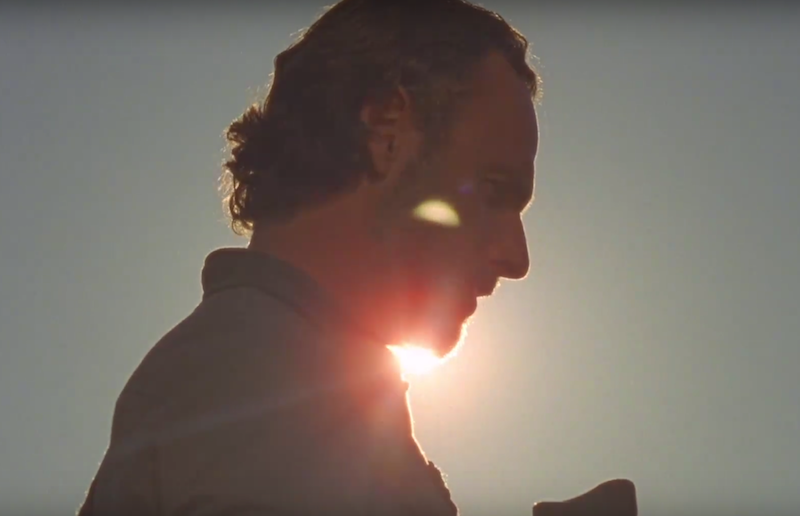 The story itself will showcase Rick’s war with Negan. It will likely begin with Rick taking a group to attack the Sanctuary. We see images of Negan’s walker fence being torn down as the white hats make their way inside.

In another image, Daryl, Carol, Morgan, and Tara are gathering up walkers. It’s possible that Jesus is helping Daryl create explosions to round up walkers. After Rick’s first attack on the Saviors, Daryl will follow up with a herd of zombies.

The only fault in Rick’s plan, so far, is that he believes this will be one and done. Rick still thinks he can take out Negan in a simple fight. In reality, there’s going to be war and lots of it. Last year’s attack on Alexandria is only the beginning.

At some point, it’s possible that Rick could even go easy on Negan.

What do you think we’ll see in the premiere episode?