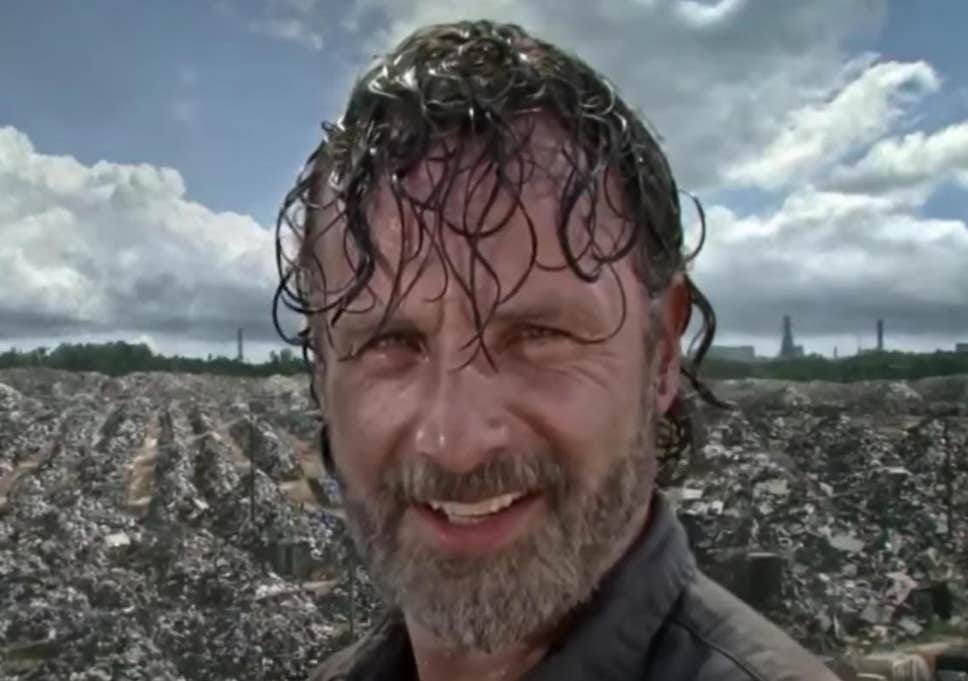 Last week, the crew behind The Walking Dead revealed that Hilltop was made of paper after Chandler Riggs confirmed the fan speculation. This week, in “New Best Friends,” fans pointed out another detail that editing may have missed.

After the epic fight scene between Rick and Winslow the walker, that smile crept across Rick’s face again as he stood on top of the trash pile with Jadis. In the background, however, fans were distracted by two things.

There appeared to be vehicles moving and possibly a UFO in the sky.

Ignoring The UFO In The Distance 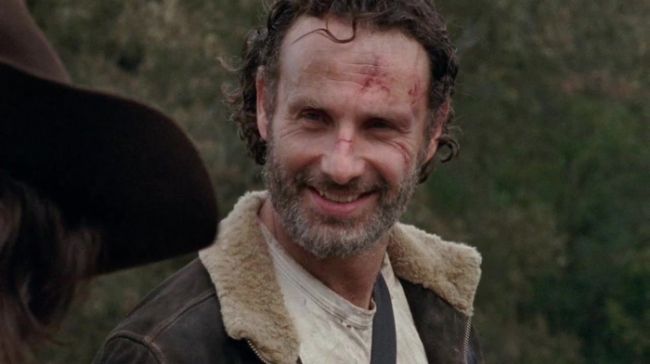 Rick’s gang didn’t bring up this UFO, so it’s possibly an error with special effects. If there were to suddenly be a plane in the world of the undead, it would seem like the subject of conversation.

Another user asked on Twitter, “So are we just gonna ignore the ufo on tonights episode of walking dead? +cars driving in the background?” Perhaps Rick was so excited that he didn’t notice the UFO in the background.

Or perhaps the editing crew missed this during the final shot choice.

Is Dwight Too Far Gone To Ever Help Rick Grimes?