Not All The Robertsons Were Fans Of President Trump … At First …

Willie Robertson has been a huge Trump fan since the beginning of his campaign. But for others in his family, that is not the case. 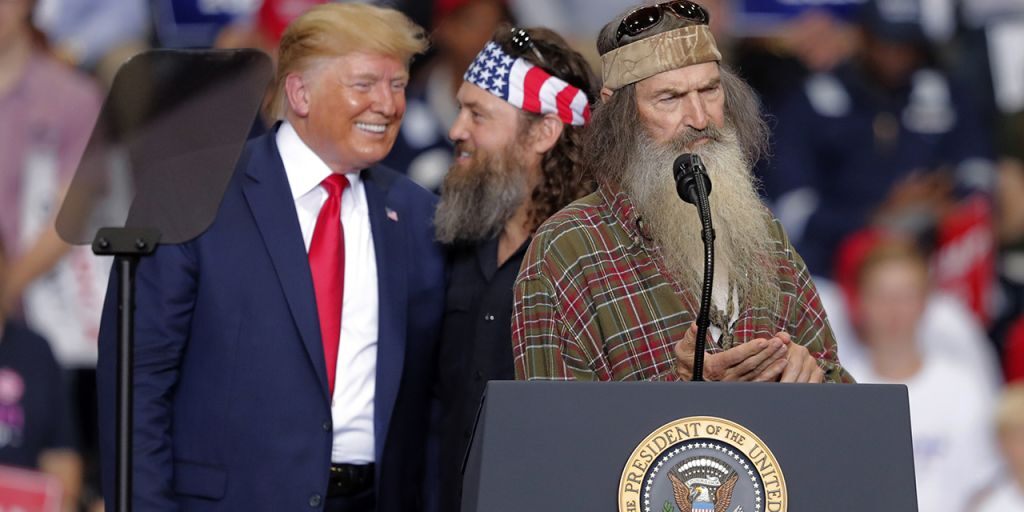 President Donald J. Trump and Willie Robertson (Photo by msnbc.com) Even though Willie spoke at the Republican National Convention, that doesn’t mean every member of the Robertsons is on the same page.

“We had lots of discussions behind the scenes,” said Korie Robertson, Willie’s wife. She might be a Trump supporter, just not a vocal one.

In 2013, Willie and Korie were invited to the White House Correspondents dinner, and the then-President Barack Obama asked to meet them backstage. Obama said he was a fan of the show, even watching some episodes aboard Air Force One.

But even that wasn’t enough to sway Willie. He stuck with Trump.

When Willie spoke out as a supporter of Trump, he tried to bring people together.

“Literally up until Election Day we were having discussions,” said Willie Robertson. “But, you know, I understand … and I hate that the world, you know, America’s so polarized now and so hopefully we can figure out a way to work together and, you know, figure some things out for our country.”

Willie went on to explain why he believes so strongly in the now president.

“You know, it’s like you respect people, and try to love people, and help people, and that’s who I was behind,” he said. “And, you know, lo and behold, when I was behind him, I don’t think anyone was at the time. That was pretty early.”

But Korie, on the other hand, had to be won over. Before she cast her vote, she said that “a lot of prayer went into it. Let’s just say that.”

Most likely, she ended up voting for Trump. And who knows, maybe she’s now a bigger supporter than Willie ever was…