Next week on The Walking Dead, Carol and Morgan enter the mysterious community called The Kingdom and meet King Ezekiel, along with his tiger, Shiva!

Next week on The Walking Dead, Carol and Morgan enter the mysterious community called The Kingdom and meet King Ezekiel, along with his tiger, Shiva!

The arrival of Negan and the deaths of Glenn and Abraham are now behind us. It’s time to look ahead at what’s next for The Walking Dead.

A preview for next week’s episode was shown after the season premiere last Sunday. It revealed that we’ll be following Carol and Morgan into The Kingdom next week. Now, a new promo has arrived for Sunday’s episode, ‘The Well,’ with a ton of new footage.

The promo comes from a Spanish-speaking FOX station, likely somewhere in Latin America. Fortunately, though, all of the dialogue is still in English.

At the end of Season 6, while Rick and the rest of the group were rounded up by Negan, Morgan and Carol were off on their own. They ended up being saved by two men on horseback, who we now know are guards from The Kingdom.

In the new promo, we get a much better look at The Kingdom and its ruler, King Ezekiel. Most of the dialogue revolves around protecting some kind of secret. It’s unclear what “secret” Ezekiel is keeping from his people. This seems to be a change from the comic books, though.

The Kingdom of King Ezekiel

In The Walking Dead comics, The Kingdom was the second biggest community after The Hilltop. The Kingdom is actually an abandoned high school. School buses are parked back-to-back and reinforced with sheet metal to serve as the community’s walls.

Ezekiel is the wise, soft-spoken leader of The Kingdom. Known as “King Ezekiel” by his people, he has a distinctive appearance, with long gray dreadlocks. He was a zookeeper before the apocalypse. His tiger, Shiva, is by his side at all times.

After being approached by Rick, Ezekiel and his people join Alexandria and the Hilltop in an effort to stop Negan. They succeed but The Kingdom suffers heavy losses.

It’s also notable that Ezekiel has a romantic relationship with Michonne in the comic book. With the show recently establishing a relationship between Rick and Michonne, it’ll be interesting to see if this storyline gets picked up or not.

Producers and cast members have actually said that next week’s episode is “funny.” It’s hard to imagine a comedic episode of The Walking Dead. But after last week’s brutal outcome, it may be just what the doctor ordered.

Then again, most fans are likely far more interested in what Rick and the rest of the group are going to do next. Tonight’s episode could end up being nothing more than an annoying distraction. Assuming The Kingdom will come to be just as important on the show as it is in the comics, though, this will actually be a vital introduction for the survivors.

The real test will come when Morgan and Carol return to Alexandria. Once Rick and Ezekiel are introduced, will they become the allies they were in the comic book? Could Carol actually end up taking on the Michonne role from the comics? Only time will tell. 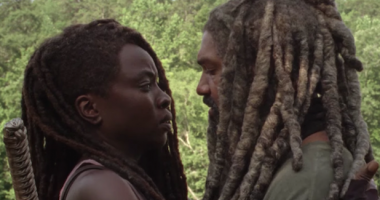 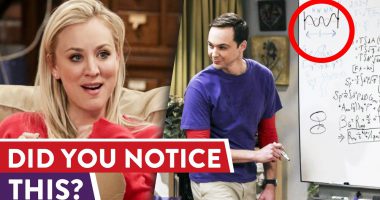 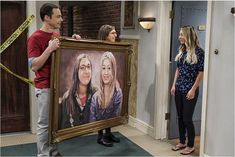