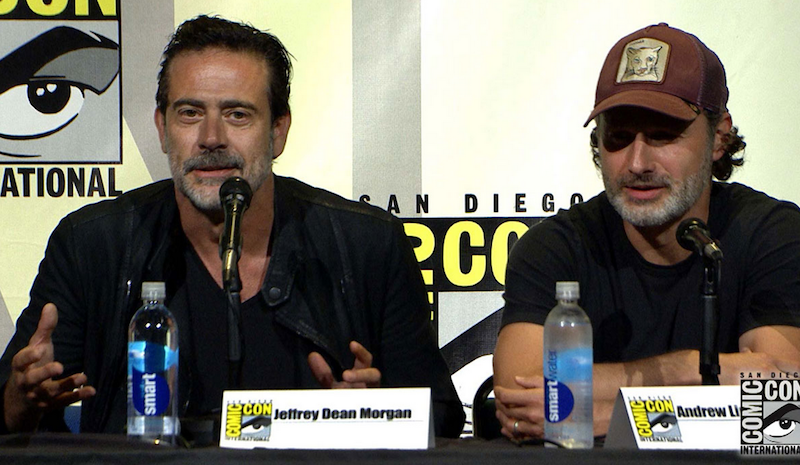 AMC shows like Mad Men, Preacher, Fear the Walking Dead, and of course, The Walking Dead has been filling up Comic Con’s Hall H for years now. The 6,500-person room looks like an airport hanger full of fans.

This year, one fan asked actor Jeffrey Dean Morgan what he thought about his character Negan. The actor had a lot of say about the iconic character, but that includes things he likes and things he doesn’t like.

The only thing he doesn’t like, really, is the attire. 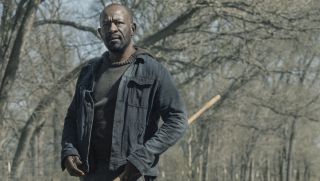 “What do I like most about Negan? I find him very amusing. I think he’s got a great sense of humor. In these dark days, a sense of humor will help you get through,” said the actor, who asked Father Gabriel about his sh*tting pants in the premiere.

As for what Morgan likes least about Negan, is it the joy he takes in humiliating others? Is it the sadism? Is it the fact that he beat a fan favorite to death? Is it that he threatens children? No, it’s just a sartorial detail. “What do I like least about him?” Morgan asked rhetorically, “That he wears a leather jacket on a 120-degree day!”

All Out War Right Around The Corner 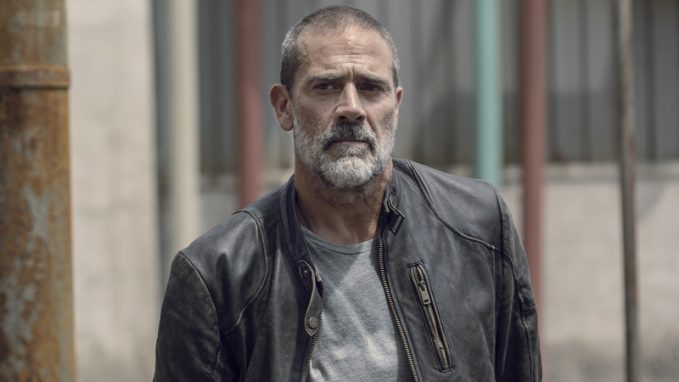 When the show returns, there’s a lot that’s going to happen. We predict that Negan isn’t in the Sanctuary, but in one of the outposts to protect himself now that Rick and the gang know where he lives.

In the opening scene from the trailer, it’s clear that he’s also captured Father Gabriel, or at least snuck on him somewhere. It also appears that the two are surrounded by walkers, which could be something like Negan’s walker fence at the Sanctuary.

All in all, Season 8 is going to be one wild ride.

What do you think will happen next time Rick meets Negan? 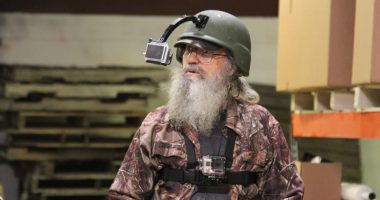 The quintessential Si Robertson quote is silly, perhaps misguided, and always funny.…
Missy Robertson will let nothing deter her from spreading the love. Not… 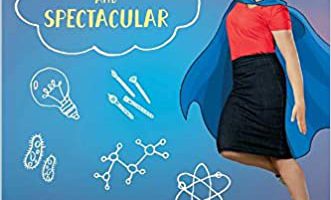 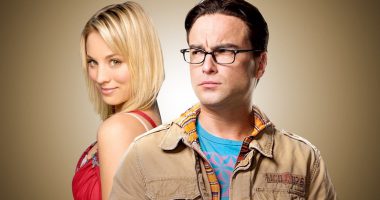