Apparently there have been a few fans skeptical of the fact that Jase Robertson actually shaved his beard. Perhaps they think he had a seriously skilled makeup artist to help him pull off the charade? Missy Robertson, however, decided to set the record straight.

I guess you could say I’m a little happy. #ShaveJase #MyMan

Jase Robertson’s beard is the talk of the town this week. The Duck Dynasty star decided to cut off his famous facial hair in hopes to raise a ton of money for the Mia Moo foundation. Apparently, he was successful, raising $35,000 for the foundation which helps families affected by cleft lip and palette.

Jase’s wife Missy Robertson couldn’t contain her excitement, broadcasting the grooming on Facebook life. The entire Robertson family gathered together to celebrate the official chop. Jase is the first of the brothers to shave since the series ended last year. The men had been under contract with A&E not to shave their beards in order to maintain the Duck Dynasty brand. However, since the show’s end they are now free to trim away, and Jase did just that.

These #CleftStrong kids were the motivation behind the shave. Yes, it really happened! Still don’t believe? See the 30 second time lapse by clicking the link in my bio! ??

Coincidentally there have been quite a few fans skeptical that Jase actually made the cut. Missy Robertson wrote in an instagram post, “Yes, it really happened! Still don’t believe? See the 30 second time lapse by clicking the link in my bio!” Fans could watch Jase go from grizzly bear duck hunter to clean cut ladies man in a matter of seconds.

It has begun! Check Jase’s FB page for the live reveal in just a few minutes!

Ultimately Jase’s haircut supported a great cause. The Mia Moo Foundation was created in honor of Jase and Missy’s daughter, who was born with a cleft lip and palette. According to the website, 1 in 700 babies in the US are born with the condition. Jase, Missy and Mia hope to help families like theirs. They want to make sure everyone has access to the health care and support they need.

What do you think of Jase Robertson without a beard? 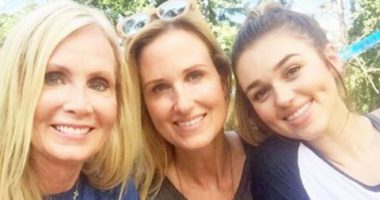 The Robertsons are a pretty big family, as you can see from…
Everyone imagines being ‘one of the guys’ of The Big Bang Theory. And it is always cool and exciting…in the imagination. But what about reality? 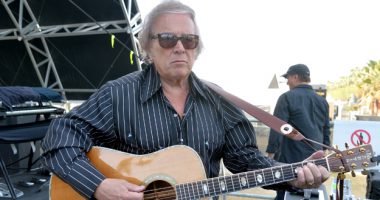