Everyone, whether secretly or blatantly, wants to be a part of the Robertson family from Duck Dynasty.

And one guy took that a step further than the rest of us. 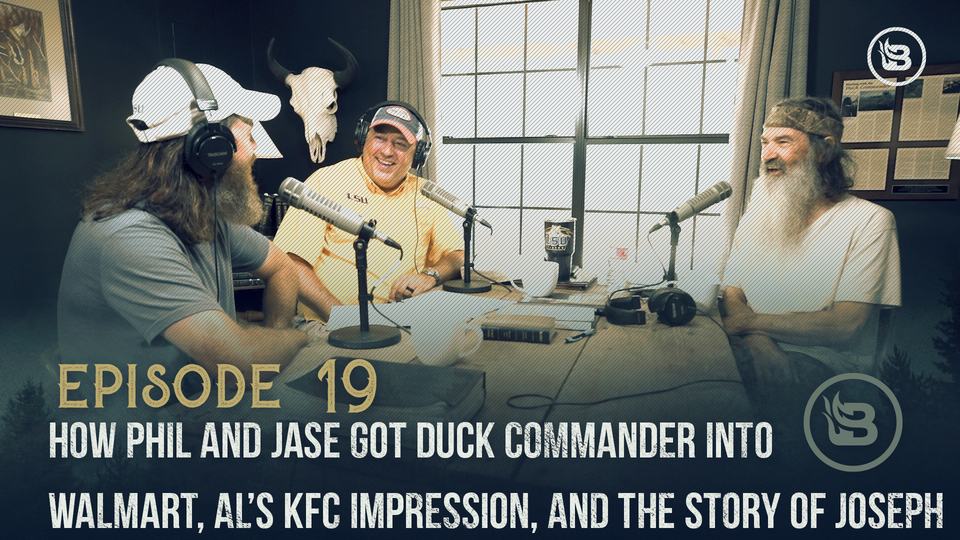 A Duck Dynasty super fan impersonates people from the show … and does a fantastic job of it (Photo credit: Clayton Miller YouTube / Duck Dynasty on A&E Facebook)

He impersonates each of the bearded men from the show, obviously putting a ton of time into studying their speech and practicing his own.

And when he imitates Jase Robertson, close your eyes and you’ll think you’re listening to the real Jase being interviewed on the show.

And then, of course, he mimics Willie, Phil, and Uncle Si Robertson, all of them with spot-on enunciation and quotes. He even included the classic Si saying, “Hey!” and Phil’s monotone way of speaking, using the “Happy, happy, happy,” phrase.

“Work without fun,” Miller says in his Jase mode, “is like peanut butter without the jelly.”

All of the impersonations are fantastic. Check out the full video below:

Miller, a DJ by trade, doesn’t just impersonate Duck Dynasty — he also does celebrities and they, too, are amazing!

In one video, he mimics celebrities like Morgan Freeman, Owen Wilson, Jack Nicholson, and even Bryan Cranston as Walter White from the show Breaking Bad. In these different voices, he reads John 1:1-18 from the Bible.

He reads verses 3 and 4 in the voice of Walter White’s voice.

“Through him all things were made,” he says in that graveling, intimidating voice. “Without him nothing was made that has been made. In him was life, and that life was the light of all mankind.”

And, like the Duck Dynasty impersonations, he knocks these out of the park.

Check out that video below: