What Would Be Different if The Walking Dead’s Shane Were Alive?

In the looming, moonlight scene, where The Walking Dead’s two leads were, at that point, were alone in the woods. Shane’s infatuation is almost too strong.

As one of the first major characters to leave the show, The Walking Dead’s Shane remains a topic of discussion among fans. Played by Jon Bernthal, Shane was Rick Grime’s best friend and a co-worker at the King County Sherriff Department, before he became the Group Leader in Atlanta, while Rick was presumed dead.

In Season 1, The Walking Dead’s Shane is essentially the secondary character or deuteragonist, but he then shifts to the antagonist in Season 2. Following the Creator, Robert Kirkland’s comic storyline, Rick Grimes kills Shane at the end of Season 2, after Shane lures Rick into the woods. This death captured an audience of 9 million and truly kicked off the show into the mainstream as the audience has been 10 million or more ever since.

Daryl Dixon, played by Norman Reedus, has taken over the right-hand position on the show, but fans can’t help but wonder how things might be different if Shane were still alive. Even though Carol has told Rick that he took the group further than Shane ever could, and it’s hard to imagine that world without Rick Grimes, here are a few speculations that may be true if his old friend were alive.

Rick Would Be Dead

In the looming, moonlight scene, where The Walking Dead’s two leads were, at that point, were alone in the woods, it was a kill or be killed situation. Today’s group would be stronger with both characters, but the scene in the woods only invited one survivor. In order for Shane to live, Rick must be dead. Shane was in love with Lori and the apocalyptic world had driven him mad, so there was no negotiating with him any longer.

Lori May Still Be Alive

While Rick certainly wasn’t responsible for Lori’s death, Shane’s infatuation for her was so strong that he would have done more to keep her alive. After Rick turned out to be alive, Shane was torn between love and heartache, knowing that he had slept with his best friend’s wife.

If Shane had killed Rick, he would have taken over complete control of Rick’s family. That would have meant more safety for Lori, but also more tough love for Carl. Some feel that this would have backfired. In Season 4, for example, when Carl begins to resent Rick, it’s possible he would have killed someone in a step-dad position.

Daryl Wouldn’t Be in the Group

For fans, this isn’t even an option, but likely, having The Walking Dead’s Shane means losing Daryl. While Rick and Daryl have become brothers, Shane would have never developed such a relationship with Daryl. More than likely, Daryl would have joined another group, but eventually left to survive on his own. Daryl may need the group, but he wouldn’t be in the group without Rick and Carol.

With Daryl and Rick out of the picture,The Walking Dead’s Shane would then assume a Governor-like command of the group. The patch-wearing Governor, played by David Morrissey, made his debut in Season 3, where he turns out to be a brutal, somewhat insane leader of men. With that in mind, Shane’s background parallels with this. The Governor controlled his own inner demons by ruling with a heavy hand. He would have had to do something similar to survive as a leader. 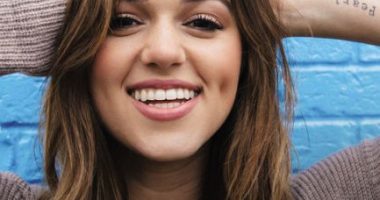 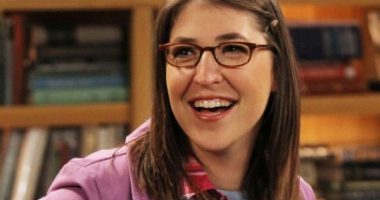 Picture by http://welovemayim.tumblr.com/ Actress Mayim Bailik Was Accepted into Harvard and Yale…
The cast and crew of The Walking Dead have come to Atlanta this Halloween weekend for Walker Stalker Con, and they’re taking the stage to talk.