Check Out These Awesome New Toy Story Shoes from Vans

If you’re in the market for a new pair of sneakers this Christmas, and/or you’re a big Disney Pixar fan, you’re in luck. Footwear company Vans has just announced a new collaboration with Disney. This holiday season, the sneaker manufacturer will roll out a new line of Toy Story-inspired shoes.

At first, a Toy Story shoe line may seem strange. It’s not a franchise that immediately makes one think of shoes, and it’s been several years since a Toy Story film was even released. (Although Toy Story 4 is currently in production for a 2018 release).

Once you see the shoes, though, you’ll immediately see what a perfect partnership this is. Here’s the official announcement video from Vans:

Twitter user @VansAlert got a few sneak peeks of the upcoming collection and has been sharing them throughout the past week.

There’s a Snake in My Boots Vans!

How perfect are these? They still retain the form and styling of classic Vans while perfectly capturing the essence of Woody. You’ve got the denim of Woody’s blue jeans making up the toe and heel of the shoe. Then the sides have the cowhide print from Woody’s vest. The laces and trademark Vans stripe are made of leather (or more possible faux-leather) like Woody’s hat and boots. There’s even a hidden little hint of Woody’s yellow shirt in the inner lining.

To Infinity and Beyond!

Wow. Once again, you’ve got classic Vans styling perfectly married with everything that makes Buzz tick. The shoes have all the colors of Buzz’s space suit in a leathery material that gives it the same sort of sheen. If you look closely, you’ll see the top three eyelets on both sides are even colors like the buttons on Buzz’s chest. Of course, there’s no arguing the best thing about these shoes is the “ANDY” scrawled across the bottom.

Woody, Buzz, and the Gang

Here’s another sneak peek showing both the Woody and Buzz shoes along with a few other teases:

There’s a very cool sneaker in the middle featuring a print with the infamous claw machine aliens. (Look closely and you’ll see Buzz Lightyear hiding amongst them, too). On the far right, there’s a peek at a Bo Peep-inspired shoe. It’s a bit more of a subtle reference compared to the others, but it’s a cute shoe and the lace detail is a nice touch. Above that you can see the toe of another print sneaker, this time featuring Buzz. Directly above that is a mysterious brown shoe. Could it be a take on Woody’s boots? Or maybe a Slinky Dog shoe?

Much More Than Just Shoes

Here’s a group shot of the entire(?) Toy Story collection:

Another Toy Story Vans collection leak. No release date yet. I see a few things I like. What about you? pic.twitter.com/PzWPX2aNL6

As you can see, there are plenty of accessories in addition to the new shoes. There are hats featuring the same prints, backpacks, shirts, and more. If you look at the top left, you’ll see that full brown shoe from the last photo. It does indeed look like a shoe inspired by Woody’s cowboy boots.

Last but not least, here’s a closer look at the packaging for the new Toy Story shoes:

The boxes feature the iconic “blue sky” wallpaper from Andy’s room. You know a product is perfect when even the box is a work of art.

There’s no word yet on when the Vans x Disney • Pixar Toy Story collection will be released. Vans is calling it a “holiday” collection, though, so you can bet it’ll be out in time for Christmas. You can sign up at vans.com/toystory to get updates on the new collection.

What do you think? Which is your favorite Toy Story shoe? 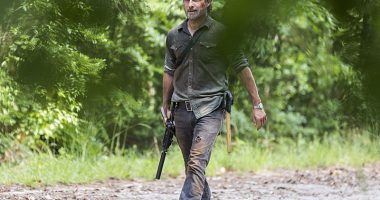 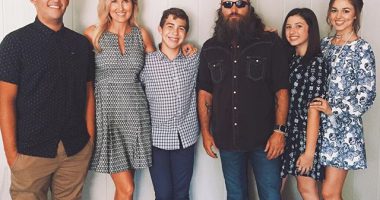 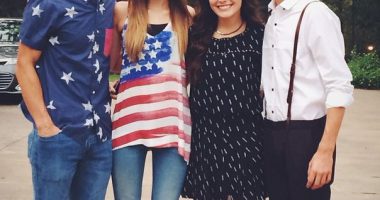